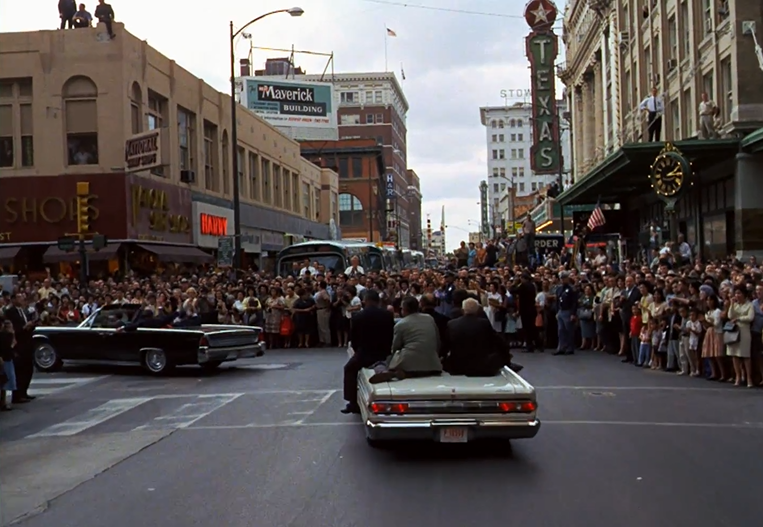 My admiration and involvement with John F. Kennedy started when he ran for office against Vice President Richard Nixon in 1960. I was a student at Hawthorne Jr. High. That’s what middle school was called back in the day.

In our Texas history class, Coach Arthur had us pick sides, Kennedy/Nixon, and then set up a debate. After all, the man who would soon become the youngest president had dominated his debate in a new medium called television.

When word came out that he would visit San Antonio in November of 1963, excitement grew among my small circle of friends.
Air Force One would bring the nation’s 35th president to the International Airport and he would make a whirlwind tour. There was no way I was going to miss him. I had no idea then that my career would be in journalism, and he would just be the first of many leaders I would see.

Needless to say, I played hooky that day and felt my studies at Edison High School couldn’t suffer any more if my classes were once again ignored.

Keep in mind, there was no McAllister Freeway then and the quickest way downtown from the airport was Broadway. So I made sure my vantage point at Hildebrand and Broadway was a good one. After all, I just lived up the road near Olmos Park.

Along with the others there, we waited and waited and finally the JFK motorcade passed. He and the First Lady rode in the back seat of that long, black Lincoln limousine with the suicide doors. What made the most impression on me was the bright red hair and Mrs. Kennedy’s beauty. Although it was a quick glimpse, it’s still with me.

His schedule would take him to Brooks Air Force base that housed the Aerospace Medical Division. Remember, JFK promised us an adventure in the new frontier, space. No better place to keep that promise than to visit Brooks AFB.

Thereafter he would return to International Airport and in doing so he would pass by in what was to become my alma mater four years later. At the time John F. Kennedy High School was the only school in the country that carried his name.

I didn’t have a car back then so my transportation was the San Antonio Transit System, whose routes were limited and the West Side was no exception. The bus only went as far as Las Palmas Shopping Center. Getting to the school from there was a 2.3 mile trek along General McMullen.

Nonetheless, I made the walk to Kennedy High School and stood along the roadway with students and area residents for a look at the couple that personified America’s future. They drove by to the cheering crowd and that red hair and Jackie’s beauty was all anyone could see.

Just like that, the first couple was gone — moving down the road escorted by San Antonio’s finest.

What a memory to carry all these years.

What many of us, who briefly saw him that afternoon couldn’t have imagined, was that 24 hours later John F. Kennedy would be dead.

assassination, John F. Kennedy, San Antonio
Previous Post Guest Voz: The many ways of remembering JFK do nothing to solve mystery or vanquish hope of what could have been
Next PostLost: Univision Building Demolished in San Antonio

Guest Voz: The many ways of remembering JFK do nothing to solve mystery or vanquish hope of what could have been
Comment
Lost: Univision Building Demolished in San Antonio