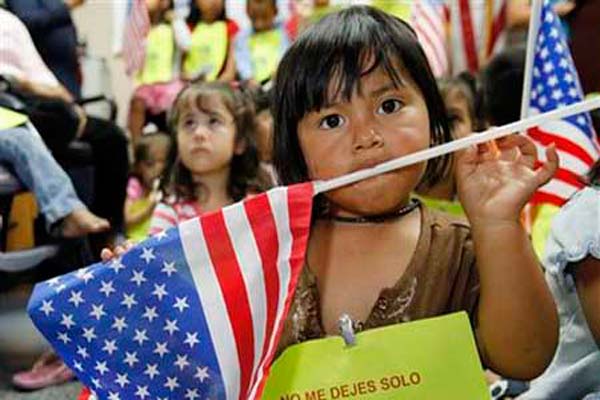 Rep. Luis Gutierrez is against a bill aimed at restricting the rights of children captured at the U.S. border.
“Right now, there is an urgent humanitarian crisis on our southern border. Children are risking their lives, in the hands of drug cartels. Some are dying. Communities are being overrun, and government resources are being strained,” said Rep. Senator John Cornyn in an open letter.

Texas Reps. Cornyn and Henry Cuellar, said that it would restrict the rights of children captured at the U.S./Mexico border who are fleeing violence in Central America.

“Cornyn has led the opposition to every single immigration reform proposal he has ever seen and he is exploiting children, wrapping himself in a thin blanket of feigned compassion, and he has gotten a Democrat to stand with him,” said Gutierrez. “This is not the middle ground, this is the deportation-only agenda dressed up in sheep’s clothing. More of the same is not a solution.”

“If any of these individuals have a criminal record in their home country, our government owes it to the American people to facilitate a sharing of records and reassure our nation that these individuals pose no threat,” said Kirk in a July 11 statement.

In the statement, Kirk, an Illinois Republican, said that the children were in the custody of the U.S. Health and Human Services Department and being held in shelters in Chicagoland and that the State Department was unable to confirm if any of the minors had a criminal record or background.

More than 57,000 youths, mostly from Central America, have crossed into the U.S. illegally since October and less than 2,000 of that number has been sent back across the border. In a statement the Department of Health and Human Service’s Administration for Children and Families Department said the agency has operated shelters in many states for many years for children who enter the U.S. without a parent. Children in the shelters stay until they are placed with a sponsor or relative while awaiting an immigration proceeding.

Immigration advocates and many Democrats, like Gutierrez and Sen. Robert Menendez, are insisting that officials…