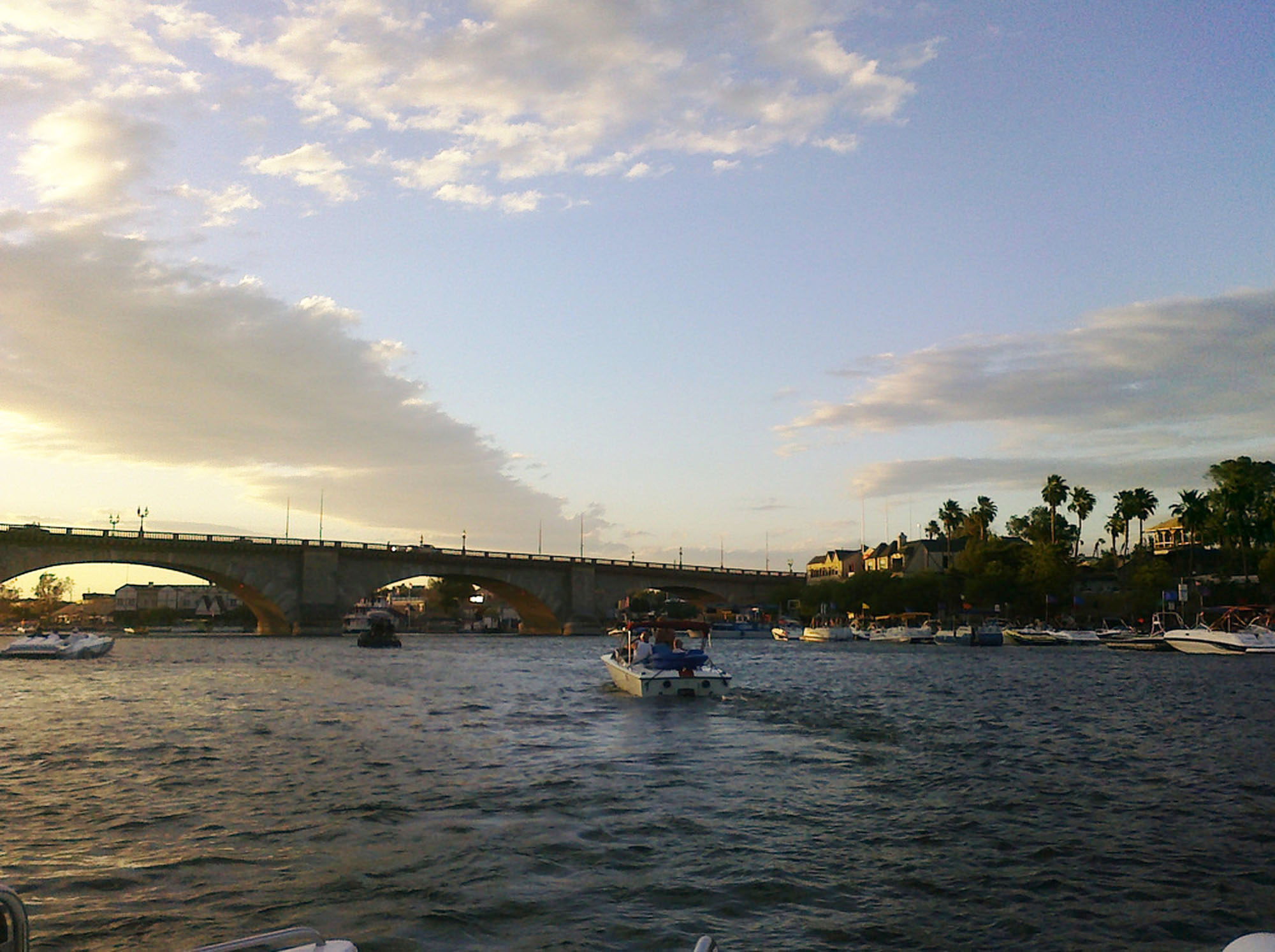 WASHINGTON – A new report claims that property values could decline along with projected decreases in the level of the Colorado River, as demand on the river outpaces supply of water in it.

The report by Protect the Flows predicts that home values along the river and its tributaries could fall an average of 9.5 percent if flows declined 20 percent, which could happen by 2063, according to a government study released in December.

Homes with a river view would fall 5.7 percent in that scenario and all other homes would lose 1.7 percent in value in the four markets studied in the report.

“There’s an immense economic value of keeping water in the rivers,” said Molly Mugglestone, co-director of Protect the Flows, which identifies itself as a group of 800 businesses working to protect the Colorado River.

Local communities “may have to shift resources from riverfront owners to others,” said Tom Allen, director of research for Southwick Associates, which produced the report. Local governments “are going to have to make it up somehow,” he said.

It asked them to estimate the current price of a hypothetical 2,000-square-foot, single-family home in their market on the riverfront, with a river view and with neither. Then it asked them to value the same house if river levels were allowed to fall as forecast.

Real estate agents in Sedona were asked to assess the impact of a property on, or in sight of, Oak Creek, a tributary of the river.

The river flow projections came from a December report by the Bureau of Reclamation that said the river is facing “a range of potential future imbalances between supply and demand.”

The Colorado, which flows from Wyoming to Mexico, has an average historical natural flow of 16.4 million acre-feet per year.
But the report said that droughts combined with heavy consumption by states drawing water from the river – Wyoming, Utah, Colorado, Nevada, New Mexico, California and Arizona – have reduced the flow to an average of 15.3 million acre-feet over the last decade and have led to shortages along the river.

The Protect the Flows report came one day ahead of a Senate hearing Tuesday on the Bureau of Reclamation’s Colorado Basin Water Supply and Demand study.

“Congressional oversight is needed to meet the goals of the study,” Mugglestone said on a conference call to release the report.

Other experts said the impact of overdemand on the river is already being felt.

“Home values are already dropping due to the drop in water flows,” said Dennis Saffell, a real estate broker in Winter Park, Colo., who took part in the survey and participated in the conference call.

Sedona, famous for its red rocks, relies on the Colorado River for much of its tourism revenue, even though it is not on a tributary of the river, said Rebekah Fairlight, a real estate broker in Sedona. Fairlight, who participated in the study, said families visit the river on vacation or come fishing for trout.

“Water in Arizona is precious,” she said. “If there’s a drop in tourism, it’s really going to affect everybody.”

Still, the report’s backers hope the new study and increased pressure on Congress will lead people to implement the Bureau of Reclamation findings, which call for reducing “resource vulnerability” and improving “the system’s resiliency to dry conditions,” among other actions.

“These types of measures should be implemented immediately,” Mugglestone said.

SIDEBAR:
Water damage
Real estate agents in four markets were asked to value a single-family, 2,000-square-foot home with three bedrooms, two baths and a two-car garage. Then they were asked to value the same home if Colorado River levels fell 20 percent:

(Featured photo: Boats cruise on the Colorado River’s Lake Havasu, where part of the local economy is reliant on the tourism and boating industries the river attracts. Photo by Andrew Fresh via flickr/Creative Commons)

Previous Post Video: Filmmaker shares the simple secret to happiness that can create profound change
Next PostLatina at the wheel: Changing NASCAR one race at a time

Video: Filmmaker shares the simple secret to happiness that can create profound change
2 Comments
Latina at the wheel: Changing NASCAR one race at a time