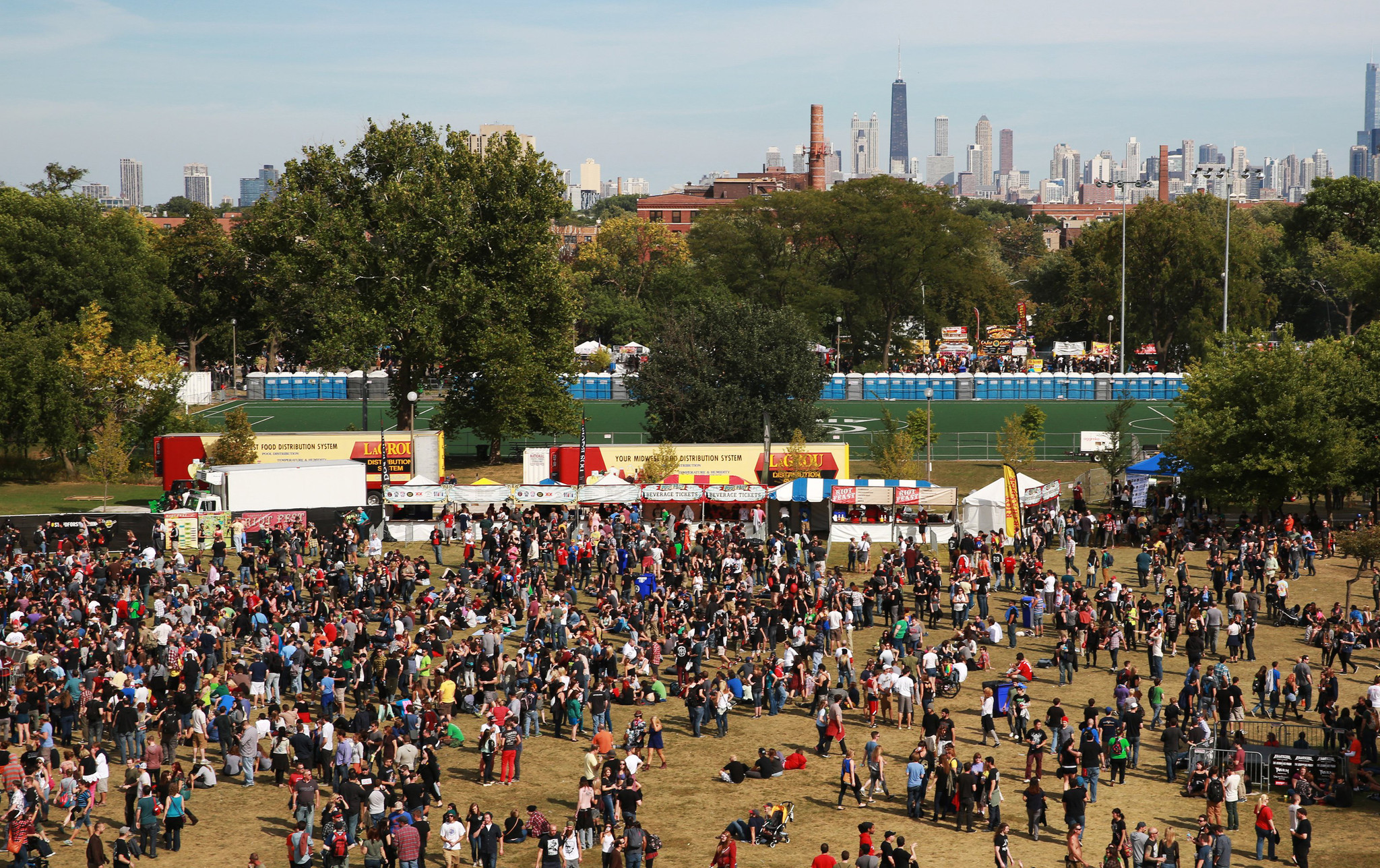 As Riot Fest has grown over the past three years, so have Humboldt Park residents’ fears that the festival has become an agent of gentrification.

“[Riot Fest’s organizers] have a very colonialist attitude. It’s a gimmick and we can’t fall for it. It doesn’t give them the right to destroy the park,” said Omar Lopez, a longtime Humboldt Park resident.1

The “gimmick” he was referring to was the turkey drive “Riot” Mike Petryshyn and Ald. Roberto Maldonado have organized for the last two Thanksgivings. The two men give out nearly 1,000 turkeys to the 26th Ward’s least fortunate in what’s billed as the “largest turkey drive” in Chicago. Lopez says the giveaway is offensive because he believes it implies the Humboldt Park community can’t take care of its own families without assistance.

In 2014 Riot Fest took over Humboldt Park from Sept. 12 through Sept. 14 for its 10th anniversary. The Chicago Parks District estimated 159,000 people went to the event and caused $182,000 in damage to Humboldt Park. For context, that same year Lollapalooza caused $266,000 in damage to Grant Park.

Lopez isn’t the only resident that fears Petryshyn and Riot Fest are working to push out the Puerto Rican identity that Humboldt Park has historically been known for. Because of this, Alderman Maldonado has publicly sided with residents who oppose the punk rock festival’s presence in Humboldt Park…