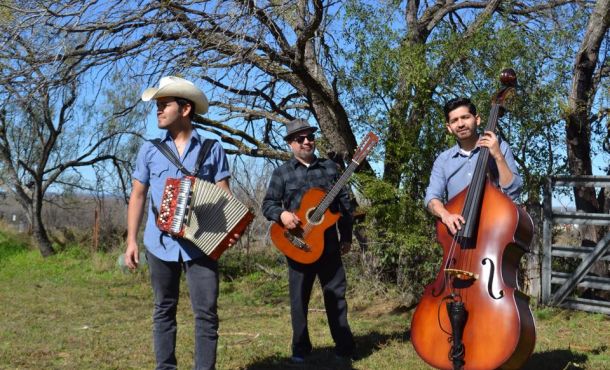 San Antonio, TX.- If you are like many and go down to the wire as to what to get your loved one for Valentine’s Day this Saturday, don’t worry; Los Callejeros de San Antonio will be dedicating their entire day going around San Antonio performing serenatas to help prove your love.

What began as a small improvised act between Del Norte, Brown and other members of the Hares outside of a Hares show at Hi-Tones, turned into an idea for a project that Del Norte had had for a while.

Los Callejeros aren’t a band that you will find performing in large venues like Piñata Protest and the Hares, instead they got together to perform traditional norteño music for more intimate events.

This Valentine’s Day, they will take to the streets of San Antonio to perform…