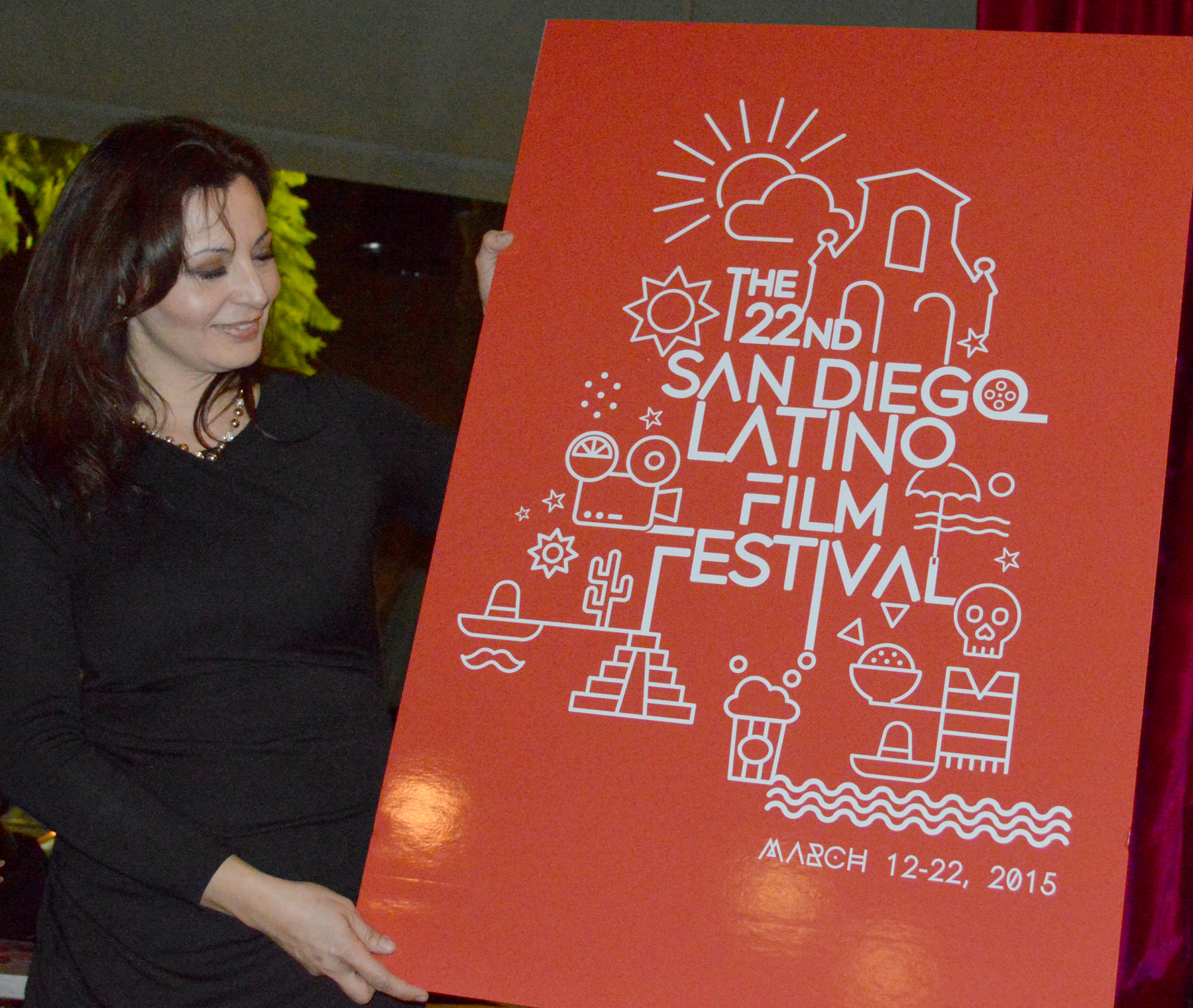 Latin American film is popular even in far away countries across the Atlantic Ocean.

No wonder the winner of the 22nd San Diego Latino Film Festival poster competition, graphic designer and artist Zoran Cardula, is from that southeastern European country.

The winner was announced during the film festival´s Somos Estrellas poster unveiling and benefit event, which took place on January 23, at the new Karinas Mexican Seafood restaurant in downtown San Diego.

Cardula’s poster was selected from among more than 70 entries from around the world, including Canada, Mexico, India, and Argentina.

He said he decided to take part in the San Diego Latino Film Festival Festival’s competition because “movies are one of (his) passions.”

In the red poster, one can see traditional Latin American and film iconography, including skulls, Mayan pyramids, film camera, and popcorn.

“I wanted to connect typography and iconography in a modern concept,” Cardula said. “So I have represented famous Latin American symbols and from the film industry through simple and modern icons.”

Previous Post Guest Voz: Early Education Is Everyone's Issue
Next PostCrowdfunder: An app that delivers your opinions to elected officials