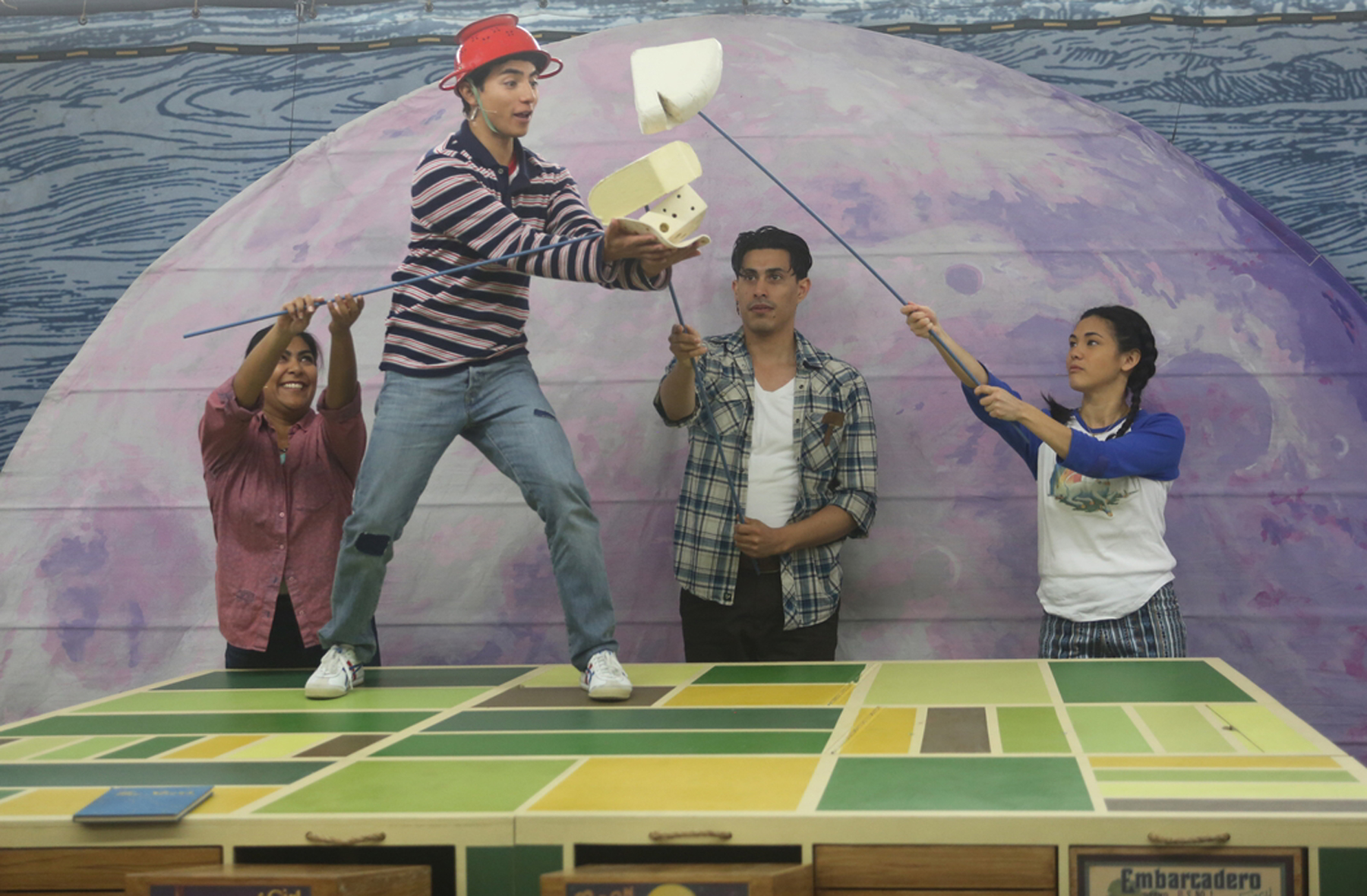 In 2009, aboard the Space Shuttle Discovery, José Hernández became the first astronaut to tweet from space in Spanish.

“Espero la cosecha de mi sueño sirva como inspiracion a todos!” he wrote via Twitter. “I hope the harvest of my dream serves as inspiration to all!”

His story was an inspiration to playwright José Cruz González, whose new play “Astronaut Farmworker” is loosely based on Hernández’s trajectory from agricultural fields to outer space. The play will travel to elementary schools throughout San Diego County through April 3 as La Jolla Playhouse’s 2015 Performance Outreach Program (POP) Tour production.

As a child, Hernández spent half the year in Mexico and half in the United States. He worked alongside his family in the fields of California, harvesting crops and moving wherever the work went. He didn’t learn English until he was about 12 years old, when his family stopped moving back and forth between the United States and Mexico.

“His teacher was instrumental in convincing his parents to stay,” González said.

González himself was born to migrant workers in Calexico, Calif., and spent afternoons, weekends and summers working in the fields.

“I remember getting up really early and getting in the car, being constantly amazed by the stars,” González said. “José, who also saw the same stars, in his mind, he was asking questions. Where I didn’t become an astronaut, I became a playwright, I asked, ‘Why are we here, what does it mean?’

“It’s about looking up at the impossible and achieving it.”