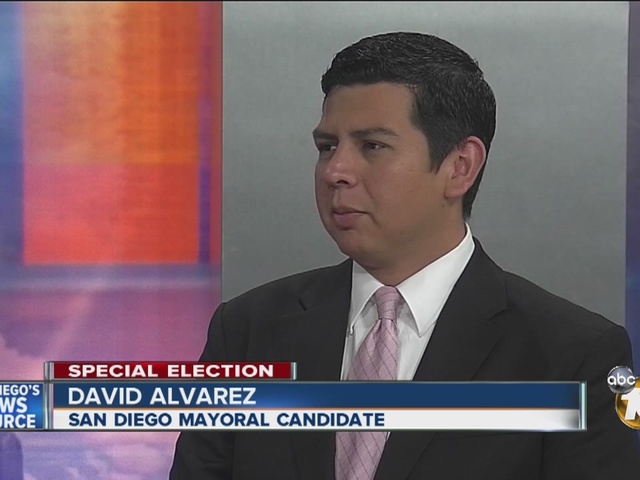 David Alvarez is one step closer to becoming the first mayor of Mexican origin in San Diego.

The once relatively unknown Democrat councilmember, placed second in the Nov. 19th special mayoral election to replace Bob Filner, with 25 percent of the vote. He now will face Republican Councilmember Kevin Faulconer in another election early next year.

“The next campaign starts tonight,” said Alvarez after the election at a party in Barrio Logan, one of the areas he represents in the city council, and the place where he was raised. “We are moving this city forward in a way that represents all of us.”

That “all of us” includes, of course, Latinos, who have never seen a Latino mayor in the city, and usually had to settle to the District 8 councilmember to be their only voice in the San Diego City Council.

Without a doubt, the Latino vote was an important factor in getting Alvarez into the runoff against Faulconer. From San Ysidro to Barrio Logan, and from Otay Mesa to Sherman Heights, Alvarez’s District 8’s Latino majority supported Alvarez throughout the race, even though there were two other major Democrats running, former Assemblymember Nathan Fletcher (who placed in third place and has already given his endorsement to Alvarez) and former City Attorney Mike Aguirre, who was also the other Latino in the race.

Alvarez also had the endorsement…

Climate changes making noise but why aren't we paying more attention?
Comment
More than 70 young people killed each day by violence in Brazil