San Francisco’s newest and hottest bootcamps are for — Tenants 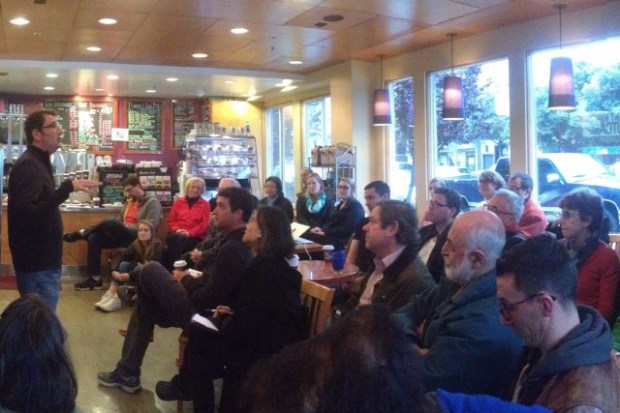 If you think that Bootcamps are just for technology geeks who won’t sleep until they discover the next protocol or park denizens who get up early to get in shape, you are wrong. The newest – and most popular – San Francisco bootcamps are for tenants.

Preston, who has trained hundreds of attorneys, counselors and organizers statewide, does a know-your-rights presentation, followed by a Q&A session and some one-on-one counseling with tenant’s rights advocates.

The first two free workshops reached around 150 renters, and the third one, which took place last night in the Inner Sunset, another 50. Ten bootcamps are scheduled and although they focused initially on District 5 where three-quarters of the residents are tenants, there are plans to extend them to other neighborhoods including the Mission.

“Tenants across the city are under siege right now,” said Preston. “It’s more pronounced in certain neighborhoods and obviously the Mission is facing enormous displacement… the highest tenant population in the city is in District 3, so there are places getting a lot more of the speculation. But the fear of being displaced is one of the top issues for people across San Francisco.”