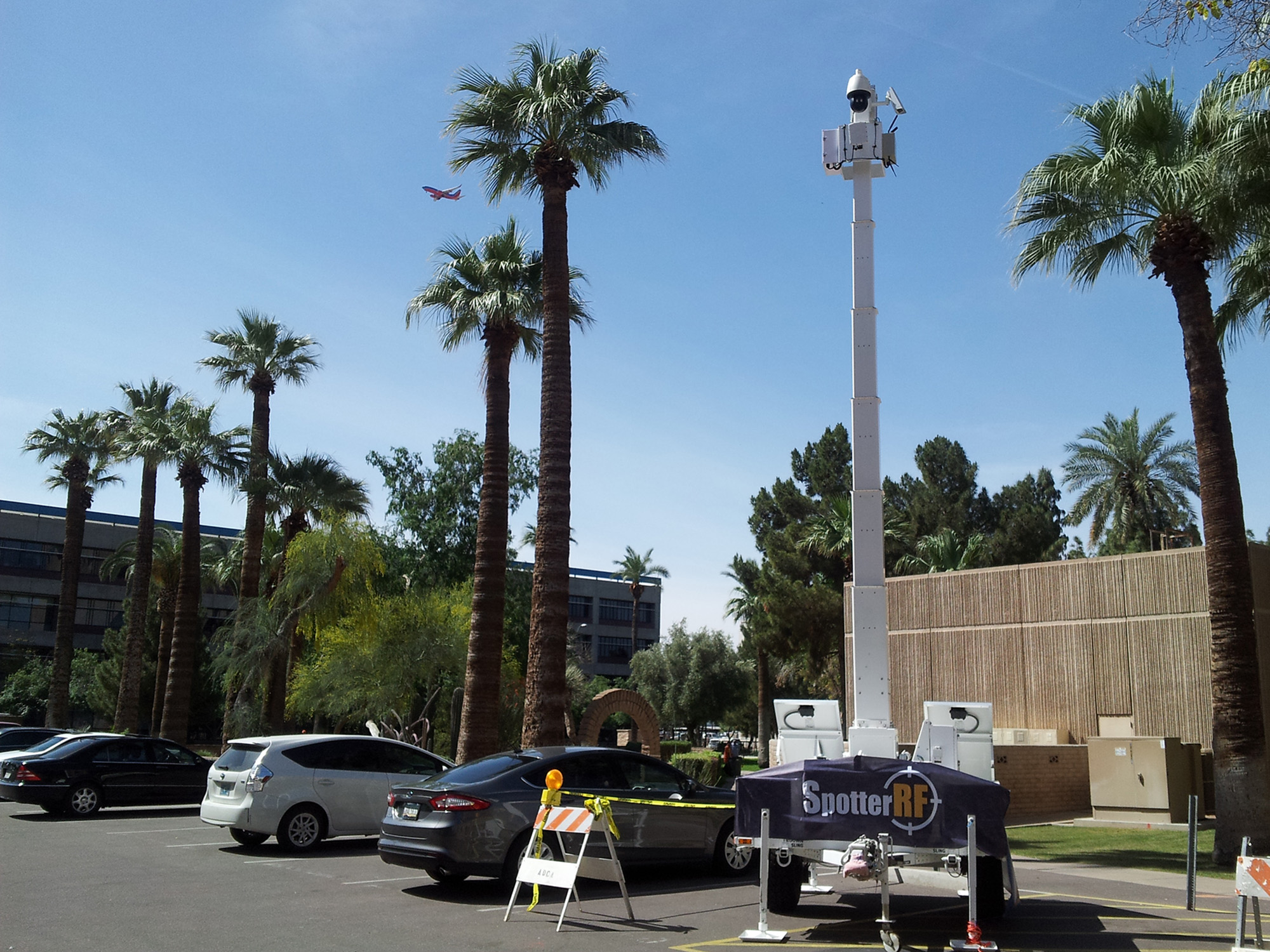 PHOENIX – As a 25-foot tower set up in the state Senate parking lot scanned those walking by Tuesday, a senator said Arizona should invest in such a system to help the Border Patrol.

“In my opinion, this tower, what we’re looking at here, is the next step for immigration reform in this country,” said Sen. Bob Worsley, R-Mesa.

With the Border Security Expo underway at the Phoenix Convention Center, companies that manufactured the radar and portable tower provided a demonstration outside the State Capitol.

Worsley said he wants to set up 300 of these towers across the southern part of the state within 20 miles of the border.

“We propose a $30 million budget for 300 of these towers – again, about the cost of a mile of freeway or an overpass on the freeway,” he said. “And this would be done out of state general fund.”

He said he has yet to introduce legislation seeking the funding.

The federal government attempted to create a virtual fence starting in 2006 and spent $1 billion covering about 50 miles of the border in Arizona before abandoning the project in 2011 as too expensive.

Michael Thompson, vice president of ADSS Inc. Remote Systems Automation, which made the tower on display Tuesday, said the problem with the first attempt at a virtual fence was that each Border Patrol sector bought its own equipment.

“All their equipment worked fine,” he said. “It was the communications going back to command and control that didn’t work because it couldn’t understand which type of camera it was talking to.”

Logan Harris, CEO of SpotterRF, the company that manufactures the radar system, said the technology efficiently provides GPS coordinates of moving objects and relays the information to a server via ethernet cable.

“This technology could bring a capability that is relevant to the problems that they’re experiencing on the border,” he said.

Scott Stewart, public information officer and border community liaison for the U.S. Border Patrol’s Tucson Sector, said in an email that he couldn’t comment on Worsley’s proposal or the technology.

“We cannot speculate or give opinions on possible future technology,” he said. “We only speak to facts regarding the current resources/assets within our sector.”

Intrn'l Video: Traveling deep into the Amazon Rainforest in search of a cure
Comment
Guest Voz: Heroes is spelled Heroes in Spanish, too