‘Smuggled’ – film depicts the torture and terror suffered by immigrants crossing illegally into the U.S. 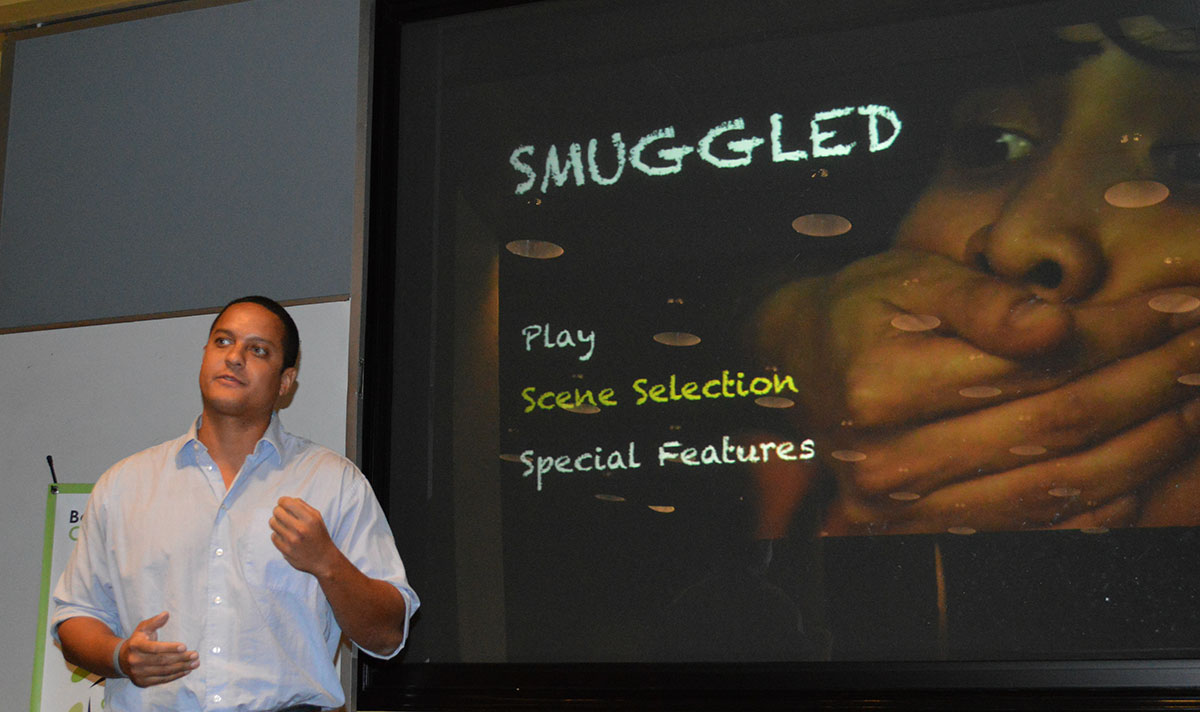 EL PASO – With a rosary dangling from her wrist and bible in hand, a mother and her 10-year-old son sit in a concealed compartment under a bus making its route from Mexico to the United States in hopes of being reunited with the child’s father.

For days, they endure the strain of possibly being discovered, and the physiological stress of a lack of hygienic, food ration troubles, and the mother’s critical diabetic condition.

This is the premise for the film, Smuggled, screened at University of Texas at El Paso by the Social Justice Initiative. The plot gives insight into the dangerous journey that many immigrants undergo despite fatal or legal risks. Director of The Social Justice Initiative, Arvind Singhal, said he brought the film to the campus because of its relevance to the border city.

“It makes sense when you are on the frontera that these things are meaningful,” he said. “The film is really based on a story from Mexico to the U.S. It is an engaging narrative about the human condition.”

Ramon Hamilton, the director of Smuggled, created the film under his production company ‘Think Ten Media Group’ to build compassion for people involved in matters hidden within politics.

“I think a lot of times we get blinded by the issues,” Hamilton said. “We ignore the people and what they are dealing with.”

The movie, which opens with a 10-year-old boy in an interrogation room with two officers, was inspired by a real undocumented immigrant who made a difficult journey to the United States from Colombia. Hamilton explained that before he was in film, he owned a construction company and one of his workers turned out to be undocumented.

“He came into the United States illegally in a Greyhound bus,” Hamilton said. “He was not hidden under the bus [like in the movie] but he was in the back of the bus. By the restroom there was a wall and an exterior wall—there is a little space between the two—so someone had removed that wall put him in there and sealed it.”

Hamilton described the man standing in a minuscule space…