Latina Lista: News from the Latinx perspective > Local News > Northeast > Sonya Sotomayor Shares How She Lives In Her Two Worlds

Sonya Sotomayor Shares How She Lives In Her Two Worlds 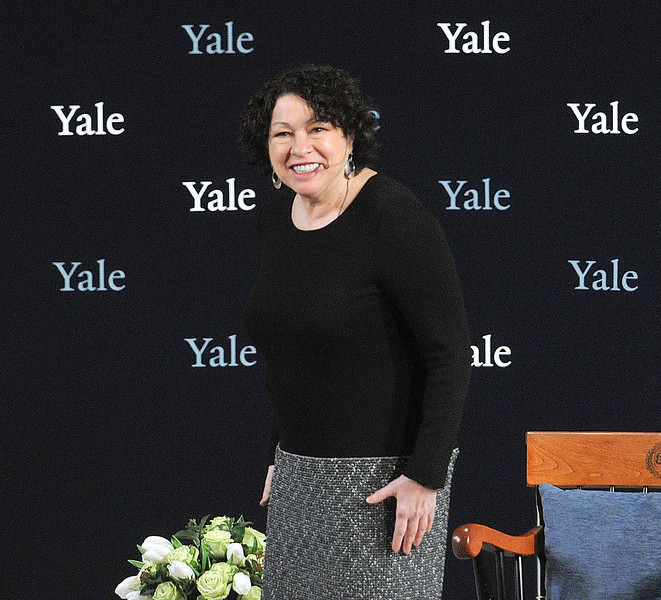 This past Monday, the students and faculty of the most exclusive university in the state – Yale – were privy to the thoughts of the first Latina admitted into the most exclusive club in the United States, the Supreme Court. Justice Sonya Sotomayor was interviewed by the Yale law professor Judith Resnik in front of a large crowd in New Haven’s Woolsey Hall, where the high court judge seemed eager to impart the secrets of her success. One core message of the afternoon was how trailblazers make it possible for others to follow in their footsteps.

However, toward the end of her talk, she made a point of detouring from the questions that Professor Resnik was asking in order to address a common issue that she shared with many in the audience: the private struggle that many Latinos in the U.S. face; that is, reconciling multiple identities. “Now what you haven’t asked, and I’ll answer,” she said to Resnik, raising a laugh from the crowd.

Her rise from humble beginnings in the Bronx, through her college years at Princeton and Yale Law School, are chronicled in her memoir, My Beloved World (Knopf). She told the Yale community gathered in that ancient auditorium that she had to not only fill herself with knowledge, but that she also learned the ways of power, to adjust the identity she had built while growing up, and reconcile that with the exclusive world she now inhabited.

She remembered how the higher she rose in her profession…