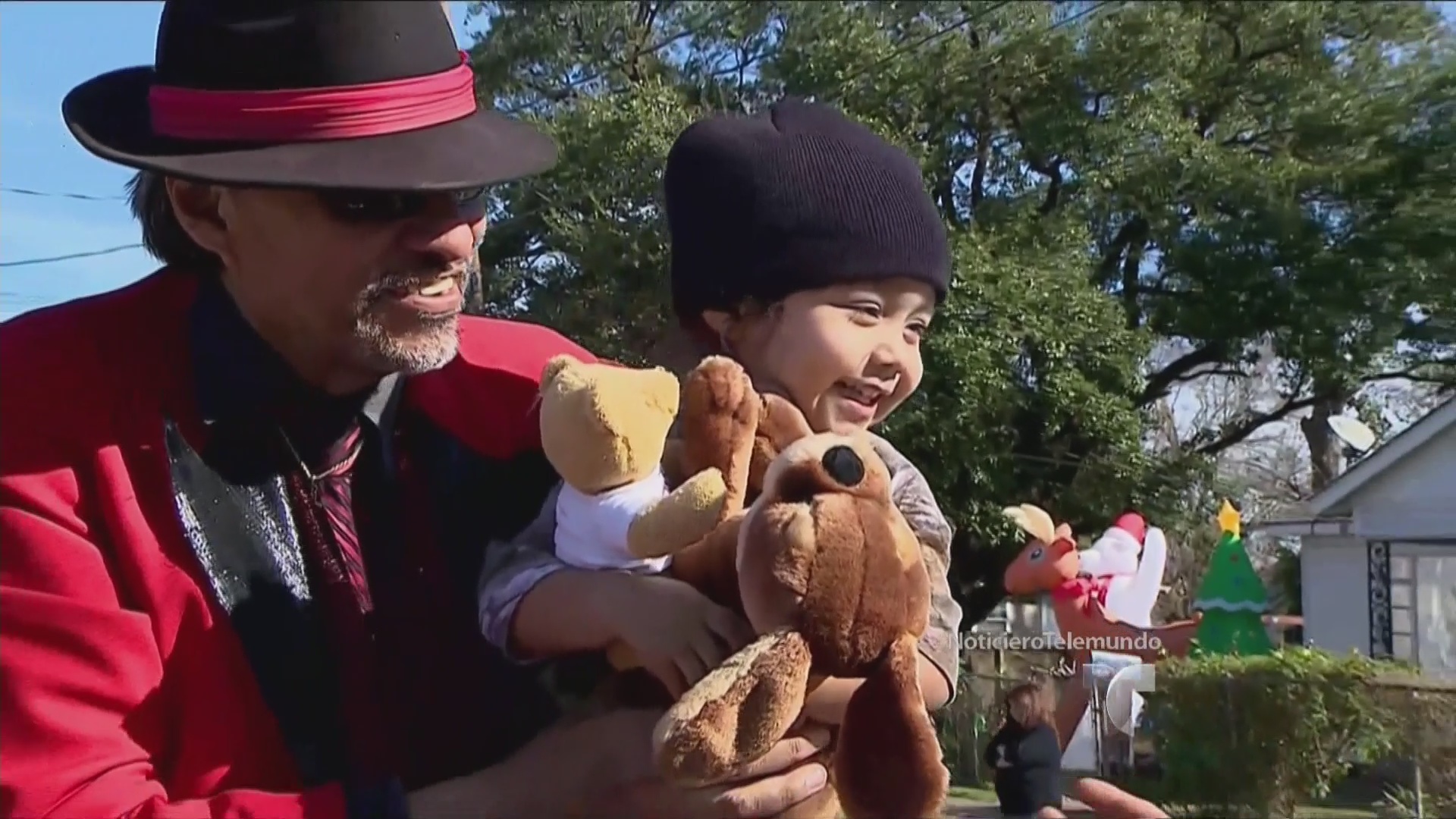 By Valeria Merino
The Venture

With his signature red and black zoot suit inspired by the Chicano movement, Richard Reyes, also known as Pancho Claus, has been a staple among Latinos in the Houston community.

Pancho Claus’ profile was recently removed from the social network as questions of his existence arose.

“They asked me to send them an ID and a bank statement with the name on it,” the 64-year-old said. “I emailed it to them, and they said the profile would be up until they could verify my identity.”

Reyes assumed the character of Pancho Claus in 1981 as part of a play he had written when he was a volunteer for the bilingual theater, Talento Bilingue de Houston. The character’s appeal has since made him a sensation and a beloved figure in the Latino community.

Pancho Claus, along with his entourage who are equally donned in zoot suits, have been bringing gifts and music to underprivileged kids around the Houston area for over 30 years.

“Maybe I don’t exist to people in other places, but to people in Houston, I do,” Reyes said. “I get phone calls and messages from people asking me to visit their relatives.”

Guest Voz: There is a rich history of immigrants becoming #MoreThanALabel
Comment
Crowdfunder: MUSICAUSTRAL - A musical camp for young musicians to deepen their Latin-American musical identity