Latina Lista: News from the Latinx perspective > Culture > History > A haunting we will go

A haunting we will go

SAN ANTONIO — Hauntings in San Antonio are not limited to the boundaries of the historical Alamo where many defenders and Mexican soldiers died, and they travel far beyond the notorious South Side railroad tracks.

Ghosts have little prudence– they appear anywhere and not always wait till after dark. Local movie theaters, night clubs, museums, hotels, universities, civic buildings, stadiums and even churches have been the settings of spooky incidents.

J.R., owner of Alamo City Ghost Tours, vows that the city’s downtown historical buildings, lonely streets and dark alleys thrive with spirits that linger behind long after death. One night, while giving one of his tours at the Spanish Governor’s Palace his group “watched a shadow walk across the room and sit down on the bed”.

But that’s not all, J.R vows that the city’s downtown historical buildings, lonely streets and dark alleys thrive with spirits that linger behind long after death. Although this insight might steer people away, the truth is that thousands visit San Antonio each year in hopes to witness an apparition.

Armed with ghost hunting equipment such as thermal meters, electromagnetic field meters, and Dowsing rods provided by Alamo City Ghost Tours, La Prensa joined J.R. on a recent hot, steamy night looking for cold spots and, if lucky, capture something with our lens.

We bravely wandered the shady streets of downtown to visit 13 different haunted places and listened to one ghost story after another. It seemed like every corner we turned had a bloodcurdling historic account.

Brutal deaths could be the cause of so many haunted places concentrated within a mile. Such was the case of a lonely tree on a parking lot located on the corner of Main Plaza St. and La Villita St.

The 325 plus year-old tree near the Bexar County Court was once used for public hangings. According to J.R., bodies were left hanging five to seven days with a sign stating the crime committed. Eerily enough, many cameras from the tour’s group started malfunctioning when attempting to take a snapshot — La Prensa’s was no exception.

Other places visited during the ghost tour included…

Finish reading A haunting we will go

Previous Post Spotlight Non-profit: Changing the attitude of sexual violence One Student at a time
Next PostFrom coast to coast, Latino voters poised to impact 2010 elections 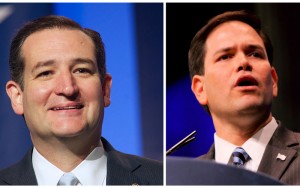 For Arizona Latinos, endorsement of candidates must go beyond a last name 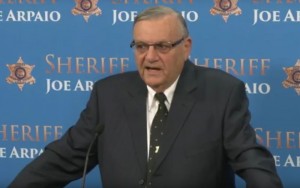 Spotlight Non-profit: Changing the attitude of sexual violence One Student at a time
Comment
From coast to coast, Latino voters poised to impact 2010 elections