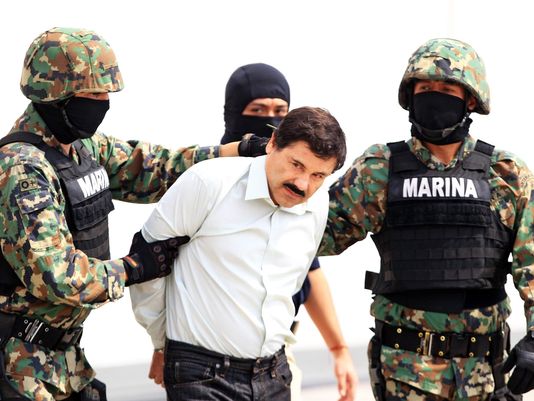 Despite recurrent pronouncements of death by some U.S. and Mexican officials, high-profile organized crime groups continue operating and shedding blood south of the border. Tijuana, where control of both the local and export drug business is the prize of contention, figures once again as a significant flashpoint of violence.

Violent rivalries were on public display in all their splendor this past week as at least five so-called narcomantas, or narco banners, were placed in highly visible spots in the Baja California border city of an estimated 1.6 million people.

Signed with the initials of the Arellano Felix Cartel, the messages railed against out-of state rivals attempting to move in and gain control of the drug market.

Although narcomantas are not new, what surprised some observers were the immaculate lettering and the lack of spelling errors usually found on such banners.

One purported Arellano Felix banner read: “Cartels from other states, we will continue burying intruders as we have done until now, gang against gang, ready to continue the fight, the cleaning is for the purpose of bringing order to the city.”

Another banner proclaimed that “Tijuana does not have a new owner, it’s the Arellano Cartel…”

The messages were displayed in apparent response to a September 4 banner signed by the CTNG and CJNG, presumably the New Generation Tijuana Cartel and New Generation Jalisco Cartel, respectively, that boasted the “plaza,” or drug market, had a “new owner.”

The banner ranted against several individuals, including an alleged hit man and “kidnapper of the nieces of Mayo Zambada,” in reference to a leader of the Sinaloa Cartel. “The sky is the color pearl, out of the plaza thieves!” the September 4 banner demanded.

The Arellano Felix family and the Sinaloa Cartel have a long-standing feud stretching back more than 20 years.

The narcomantas were discovered amid a mounting, violent upsurge in Tijuana. From Tuesday, September 8 to Saturday, September 12 alone, at least 13 people, eight men and three women, were slain gangland style. One of the women was found shot and half-burned on a dirt road in Playas de Tijuana.

In one instance, three bodies were pulled from a burned-out van on the outskirts of Tijuana. Pending scientific identification, the probable victims were tentatively named as Autonomous University of Baja California academic Juan Antonio Rodriguez Moreno, 67; engineer Jose Martin Palafox Cervantes, 50; and Palafox’s assistant, 39-year-old Dionisio Arevalo Corona. Press reports suggested a land dispute might have been the motive for the murders of the three men.

In yet another violent episode, three men were shot and wounded in a barber shop located in the Tijuana district of Mesa de Otay on Saturday afternoon, September 12.

According to the Mexico City-based daily Excelsior, Tijuana witnessed…