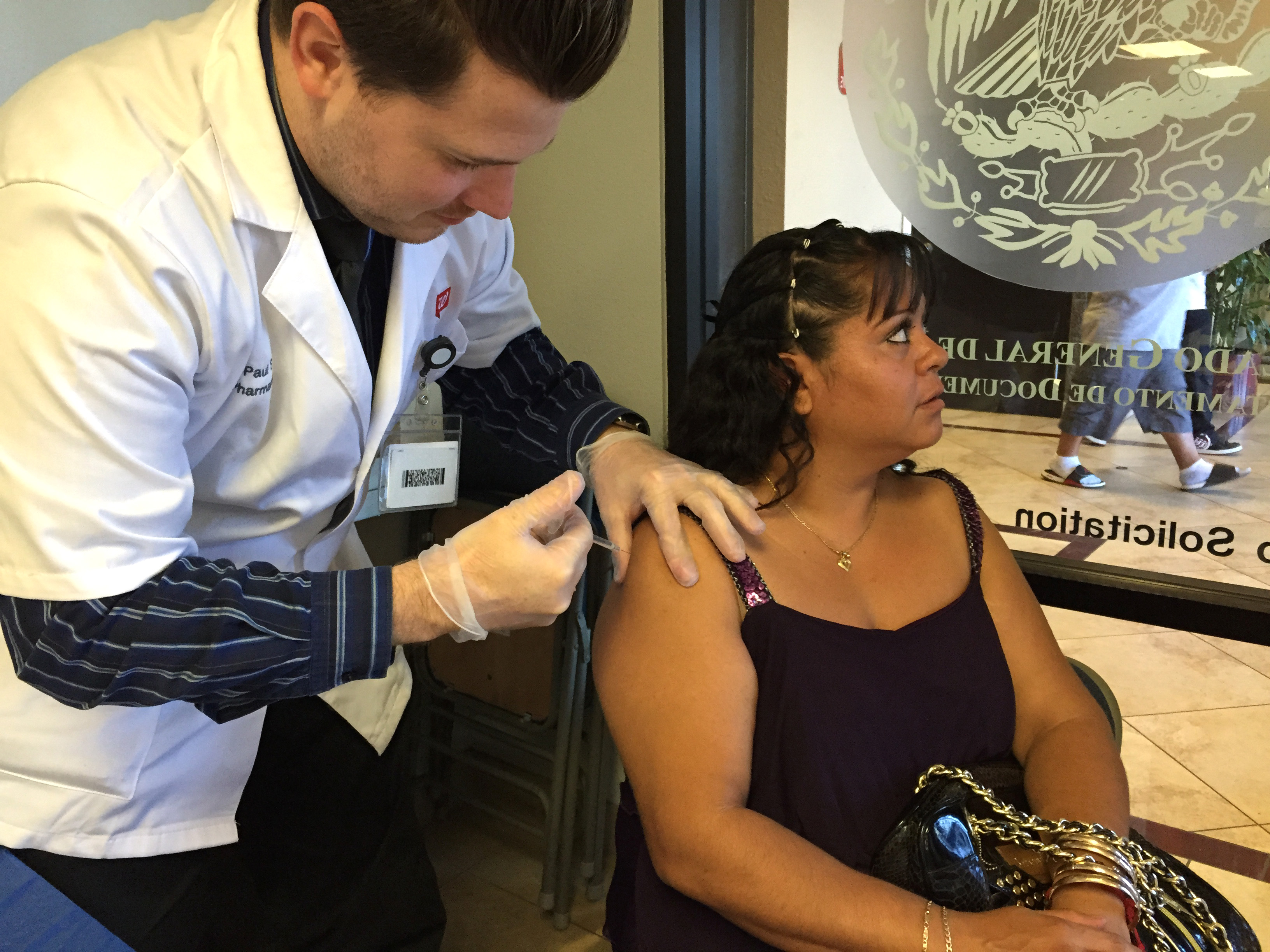 The Mexican Consulate in Phoenix offers free flu shots and a growing number of health services to immigrants and others in need.

“When we are talking about health there are no borders,” said Rodrigo Navarro García, director of Ventanilla de Salud, or Window to Health, at the Mexican Consulate in Phoenix.

The Mexican government created Ventanilla de Salud 10 years ago to address the health needs of immigrants in the United States. Each of the 50 Mexican consulates gets funding through this program.

Of all the health services, the free flu shots are the most popular offered at the Phoenix Consulate.

“I came for passport services but also got a vaccine because one, it is very important, and two, because it was free,” said Neveida Nuñez. She has been to this consulate many times and said last year she received the flu shot here as well.

Flu season in Phoenix normally runs from September to December. In colder years and regions, the virus can remain extremely active until February.

“It’s very important for the community that we protect against the flu. We want to vaccinate as many individuals as we can,” said Paul Stoneburg, a pharmacist.

Walgreens did not want to comment on the partnership.

Ventanilla de Salud offers a variety of services including medical consultations, glucose testing, other vaccines such as MMR and Hepatitis, eye exams and dental care for children.

People with more complicated medical problems are referred to other doctors or clinics in the Valley.

“They started giving medical referrals for free and to let them know despite their immigration status. They may be eligible to have access to some areas of public health services provided in this country,” Navarro García said.

There are an estimated 300,000 undocumented immigrants in Maricopa County, according to the consulate.

The program’s goal is to provide undocumented workers and their families with preventive health care that benefits everyone in the community.

“If my health is going to be damaged, the next possibility is that your health will be damaged,” Navarro García said.

The consulate offers free flu shots to anyone who needs them, including U.S. citizens.

“Usually, I wouldn’t even think about getting the flu shot. But, I was already here, and it was for free. So it’s convenient I guess,” said Josue Gonzalez, a security officer who works in the building. He took advantage and got his first flu shot last year when he saw the consulate giving them for free. He is among the first to get a flu shot this year.

“Sometimes people from Hispanic communities, other countries, come. Even some Americans hear about it and come! I don’t care. It’s the same idea. Anyone can come,” Navarro Garcia said.

During the first year of the flu shot program, the consulate gave out 2,000 free vaccines. Last year, 10,000 people got flu shots.

“Even if I don’t work here next year, I am still going to come and get it. It’s free, and it’s so good to have,” Gonzalez said.