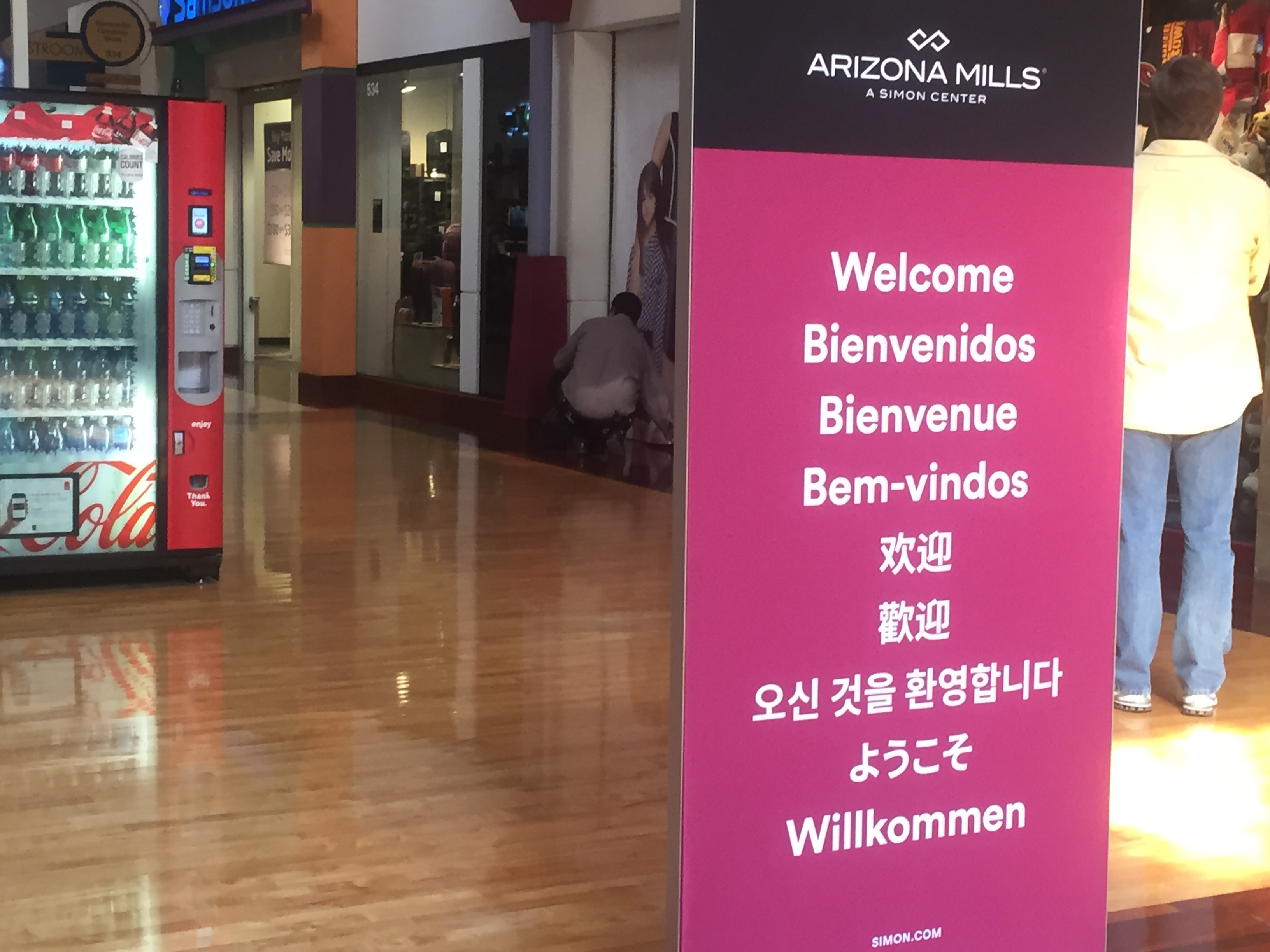 TEMPE – Walking through Arizona Mills in Tempe announcements of sales can be heard echoing out of the outlet stores first in English, then in Spanish.

“I’m buying clothes for myself, my husband and my three kids,” said Rosela Figueroa, a shopper from Cananea, Sonora. “They are all back home.”

She carries big bags stuffed with clothes and shoes from from Ross, Forever21, Express and Famous Footwear.

Retailers in Maricopa County want to make it easier for shoppers from Mexico like Figueroa to visit area malls by extending the border zone statewide.

The Maricopa Association of Governments, the Intertribal Council of Arizona and the city of Nogales are working together to expand the border zone from its current 75-mile limit for visitors from Mexico who have border crossing cards. Anyone traveling beyond the zone now has to get a special permit.

The groups will present a proposal to extend the border zone to the Department of Homeland Security in the Spring. The federal government sets border zone limits for Mexican visitors with border crossing cards.

“Everything is cheap here and I only come up here every couple of years since it’s such a hassle to cross the border for a day or two and then go back,” she said. “I pass the Tucson outlets but they have more expensive stores and I’m not coming here for that,” said Figueroa

Every year thousands of short-term visitors from Mexico drive across the border into Arizona to visit with family and friends, shop. attend sporting events and concerts. Right now those visitors spend their money within the limited border zone.

“I have family in Phoenix,” Figueroa said. “That makes it easier for me to come stay here for a few days and do all the shopping I need to do at once.

A study by the University of Arizona found extending the border zone to the entire state of Arizona could generate an additional $181 million in spending in 2016, bringing the total projected spending by Mexican visitors in Arizona to nearly $3.1 billion.

“Phoenix will see the biggest growth because it is not in that current border zone,” said James Garcia, director of communications and public policy at the Arizona Hispanic Chamber of Commerce.

Extending the border zone will affect approximately 1,010,713 Mexican visitors who were issued border crossing cards during the past 10 years in Nogales and Hermosillo, the two closest cities to Arizona located in the state of Sonora, according to the Maricopa Association of Governments.

The federal government extended the border zone to Tucson in 1999.

“The border expansion would send quite a message to our friends down south that Arizona is open for business,” said Alana Chavez Langdon, international economic development analyst at the Maricopa County Association of Governments.

Youngtown is among the cities rolling out the welcome mat.

“It seems like an easy decision when you talk about the numbers,” said Michael Levault, Youngtown mayor. “The part that people need to understand is that the people crossing the border aren’t those trying to get into the country illegally, they are affluent middle-class Mexicans looking to come to our country and spend money.”

Retailers at the Outlets at Anthem hope more families from Mexico will travel the extra distance to shop for bargains if the border zone is approved.

“We thrive on that,” said Sallyann Martinez, marketing director at the Outlets at Anthem. “We love that we’re a destination location for all tourists.”