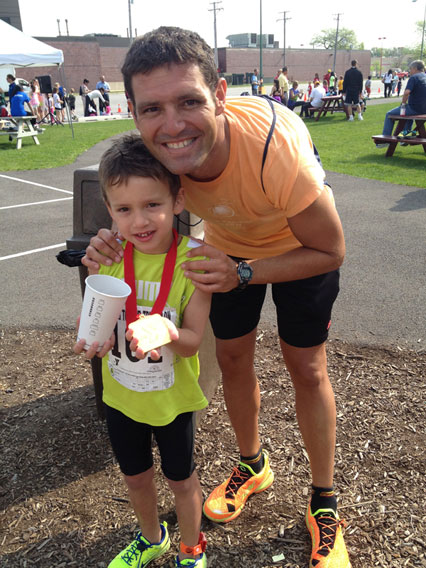 The Chicago 2014 Lifetime Kids Triathlon, one of the largest triathlons in the world, along with the Chicago Triathlon will take place on Aug. 23 and Aug. 24 respectively. Thousands of children participate in this annual event, which allows young kids from across the nation to take part in an eclectic sport that promotes fitness, healthy competition and fun.

Last year, Kai Figueres, who was 6 years old at the time, got first place in the Junior Division (7-10 years old). His father, Ruben Figueres, said Kai was born into racing because he learned to bike and swim at 5 years old, and has been participating in triathlons ever since. Both of them are originally from Spain but currently live in the Chicago Loop.

Ruben said triathlons are enjoyable because it is a sport that gives the participant three different elements, and each element has different aspects to it that is both challenging and rewarding. This allows each participant to challenge his weaknesses in order to improve, and to also feel empowered by his strength.

Ruben, who has been participating in triathlons for about 10 years, is an inspiration for Kai. Ruben said the common passion he shares with his son allows them to do fun things that they both enjoy together, and is something that strengthens their father-son bond in a very special way.

Their most memorable moment was a father-son triathlon they did together in Oak Park last year. It was the first triathlon they were able to do together as a team, which provided them with a unique opportunity to work together toward a shared passion and goal, said Ruben. This, according to Ruben, really enhanced the father-son teamwork aspect that they are unable to have when they watch each other in their individual triathlons.

Kai and Ruben support one another for their independent triathlons by…