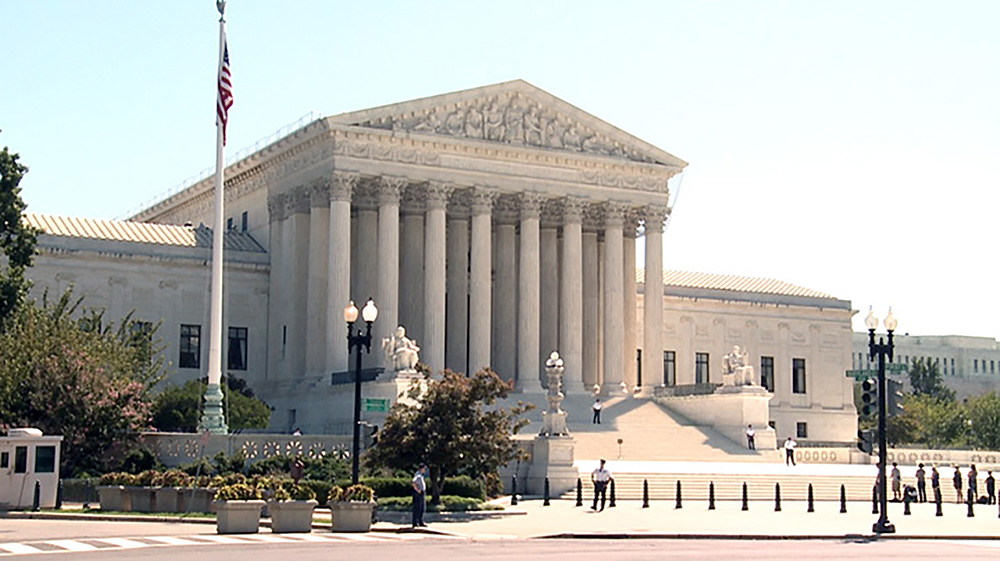 WASHINGTON – The Supreme Court on Monday refused to intervene in a case that overturned Arizona’s voter-approved ban on bail for criminal defendants who are in this country illegally.

The high court denied an appeal of the 9th U.S. Circuit Court of Appeals’ October ruling that declared Arizona’s Proposition 100 unconstitutional because it violated the due-process rights of accused immigrants.

A spokesman for the Maricopa County Attorney’s Office, which had appealed the lower court’s ruling, called the Supreme Court’s decision “disappointing.” But he said that unless state voters or lawmakers try to revive the law, the attorney’s office has no other legal options at this point.

“We feel like that there are legitimate concerns that the people of Arizona had in passing Proposition 100,” said Jerry Cobb, the spokesman, of the reasoning behind the law. “There is an increased flight risk for people who are in the country without lawful authority.”

But an official with the American Civil Liberties Union welcomed “the end of the road” for Proposition 100. The ACLU had challenged the law.

“Arizona officials who tried to strip people of a bail hearing and the presumption of innocence have reached the end of the road,” Cecilia Wang, director of ACLU’s Immigrants’ Rights Project, said in an email.

“Laws that are driven by fear-mongering rather than facts are bad policy and violate everyone’s civil liberties,” her email said.

Voters in 2006 approved the law to deny bail to anyone charged with a “serious felony offense” if that person was in the country illegally and the “proof is evident or presumption great” on the crime they were charged with.

The measure passed with 78 percent approval.

The ACLU challenged the law in 2008, claiming it was overly broad and violated due process by not giving the accused a hearing on the individual merits of their cases before making a decision on bail.

A federal district judge sided with the state in 2011 and a panel of the 9th Circuit upheld that ruling in 2013. But the ACLU appealed to the full 9th Circuit, which reversed the previous rulings.

The full appeals court, in a 9-2 decision, said Proposition 100 was a “scattershot” attempt to address flight risk that was excessive in relation to the state’s interest in keeping criminal defendants from fleeing before trial.

“The Proposition 100 laws do not address an established ‘particularly acute problem,’ are not limited to ‘a specific category of extremely serious offenses,’ and do not afford the individualized determination of flight risk,” that previous Supreme Court rulings demand, the appeals court said.

In a sharp dissent to that opinion, Circuit Judge Richard Tallman said that Proposition 100 was not excessive and that the court’s ruling “sets aside the policy judgment of the Arizona legislature and nearly 80 percent of Arizona’s voting electorate.”

In a statement Monday, Maricopa County Attorney Bill Montgomery said that Proposition 100 was aimed at those defendants who could be subject to deportation “when released from state custody on bail and not be present for further proceedings.”

“Second, is my own firsthand experience in finding that defendants released on bail for a serious offense are far less likely to show up for court,” Montgomery’s statement said.

Montgomery’s office had appealed to the Supreme Court, arguing that lower courts had not found the law too broad, and that the full 9th Circuit had misinterpreted rulings on bail. But the court Monday declined to intervene.

At least three justices disagreed with the decision to turn down the appeal – but four justices are needed to take a case before the high court.

In a dissent to the denial, Justice Clarence Thomas echoed Tallman’s criticism of the decision.

“The Court’s refusal to hear this case shows insufficient respect to the State of Arizona, its voters, and its Constitution,” Thomas wrote, in a dissent joined by Justice Antonin Scalia. Justice Samuel Alito also dissented from the decision not to take the case.