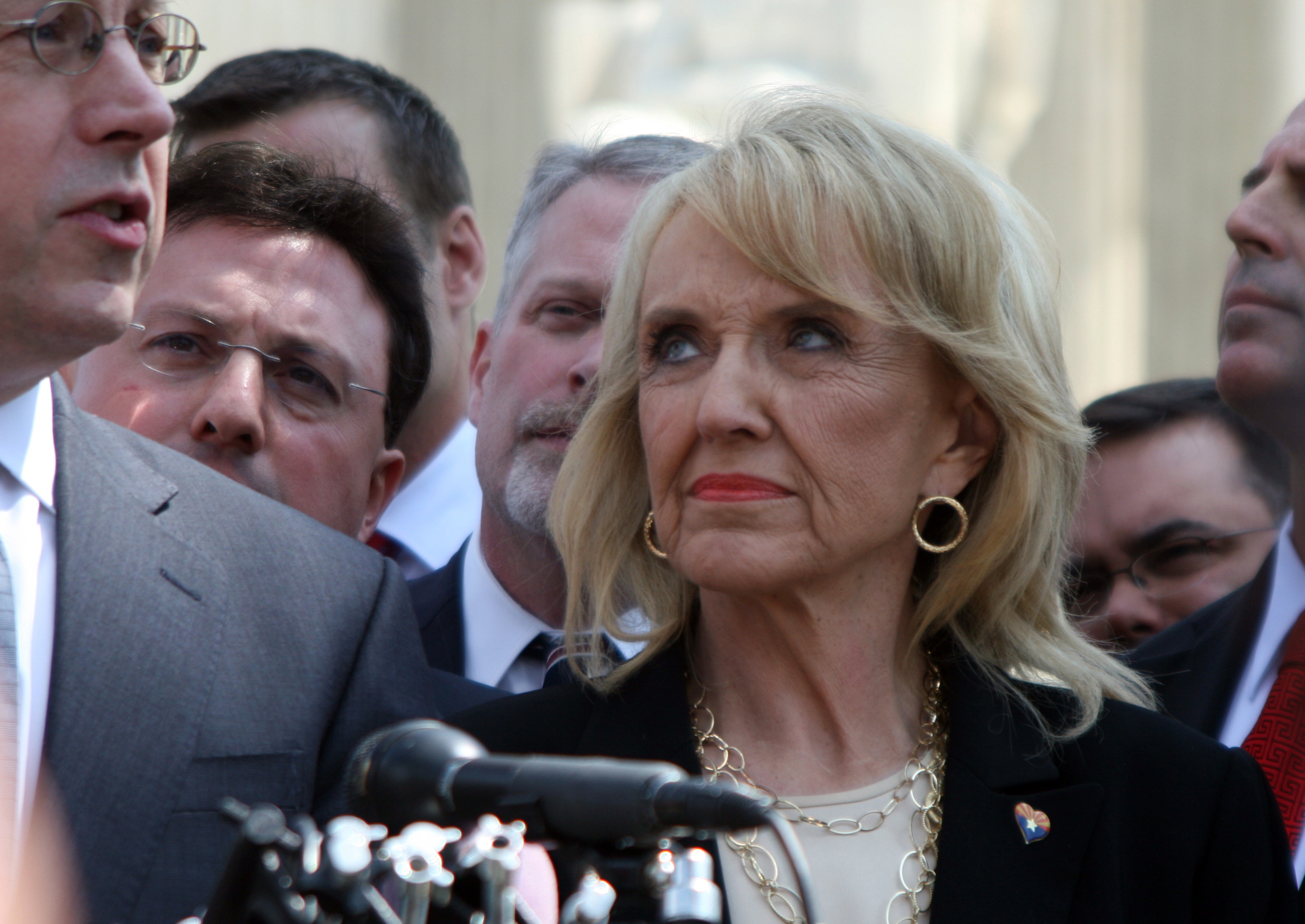 WASHINGTON – The U.S. Supreme Court let stand a lower court ruling Monday that blocked an Arizona law that would make it a crime to harbor, transport or conceal an illegal immigrant.

The high court denied, without comment, Arizona’s appeal of a 9th U.S. Circuit Court of Appeals ruling that the law was too vaguely written and was pre-empted by federal law.

The circuit court’s October decision upheld a federal district court ruling that enjoined enforcement of the law in September 2012. Monday’s Supreme Court decision is the latest in a series of court battles over parts of SB 1070, the state’s controversial immigration enforcement measure.

Arizona Gov. Jan Brewer called the high court’s refusal to hear the case “yet another blow to a state’s responsibility and authority to enforce public safety and defend the well-being of its citizens.”

“Arizona’s ability to combat criminal elements of illegal immigration in our own state is further eroded,” Brewer said in a statement emailed by her spokeswoman, Ann Dockendorff.

But opponents welcomed what they saw as the correct ruling by the Supreme Court.

“In a sense, it’s a very simple case in that SB 1070 is a deeply flawed, unconstitutional law,” said Omar Jadwat, an American Civil Liberties Union attorney representing Valle Del Sol Inc. and others who challenged the law.

Jadwat said the fight to dismantle the law is likely to be a prolonged, messy effort.

“It’s a big mess in the sense that Arizona has essentially failed at every stage to defend this law,” he said.

Jadwat said the case has “a lot of moving parts,” including the federal government’s challenge of SB 1070 that came before the Supreme Court in 2012, as well as further district court challenges taking place in Arizona.

In the 9th U.S. Circuit Court of Appeals ruling from October, the harboring and transporting provisions of SB 1070 – which became law as section 13-2929 of state law – was blocked for two reasons: vagueness and its conflict with federal law.

Part of the ruling had the three-judge panel that issued the ruling breaking out its Oxford dictionary.

Beyond the law’s vagueness, the court said it conflicted with federal law that already outlaws and punishes the transportation and harboring of illegal immigrants. Discrepancy between Arizona’s law and existing federal law would void the state’s law due to federal supremacy.

Garrett Roe, director of the Immigration Reform Law Institute, said there is a lack of legal guidance for pre-emption when state law “mirrors the federal law.”

“Obviously, we would have like to see the Supreme Court take up the case,” said Roe, whose organization had filed a brief in support of the state’s appeal.

A spokeswoman for Attorney General Tom Horne could not immediately provide comment on the ruling Monday.

But Jadwat said he expects to see more challenges from Arizona as courts strike down SB 1070 provisions.

“The problem is Arizona refuses to accept the (court) decisions and the writing on the wall,” he said.

Featured Photo: Gov. Jan Brewer, shown here after the Supreme Court’s 2012 hearing before it upheld part and struck down part of SB 1070, called the court’s latest decision “yet another blow” to the state’s ability to defend its residents. (Cronkite News Service photo by Stephanie Snyder)