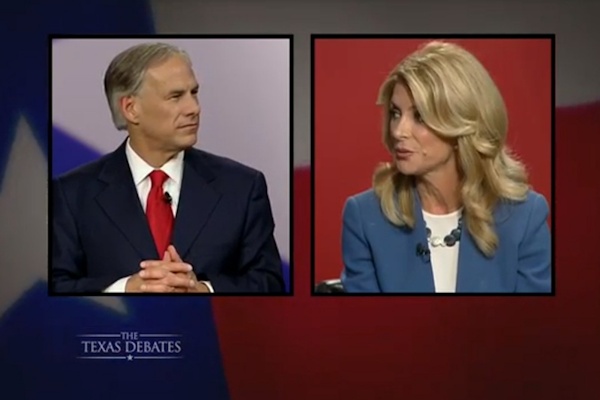 Davis said she supports allowing undocumented immigrants to apply for a driver’s permit to allow them to drive legally and with insurance on Texas roads. Abbott said that would fall foul of federal law.

Davis also said she would veto any legislation that seeks to repeal in-state tuition for undocumented immigrants. Abbott said he would not veto such legislation.

The debate, the second of two televised duels between the gubernatorial candidates, took place in Dallas and was hosted by KERA-TV.

Abbott, the Republican attorney general, responded: “Norma or I guess it is Martha who is asking that question. We have seen problems with laws like that be challenged, if you would, by the federal Real ID Act. I think that before we go down the pathway of trying to create these differentiated types of drivers’ licenses, we need to make sure that we are complying with federal law and not providing licenses that others could use for inappropriate purposes.”

Davis, the Democratic state senator from Fort Worth, was asked by García if undocumented immigrants were getting preferential treatment. She asked Davis if the State of Texas, by allowing immigrants to drive on Texas roads with a state permit, would not be creating a registry of second class citizens.