43 Faces that Move the World 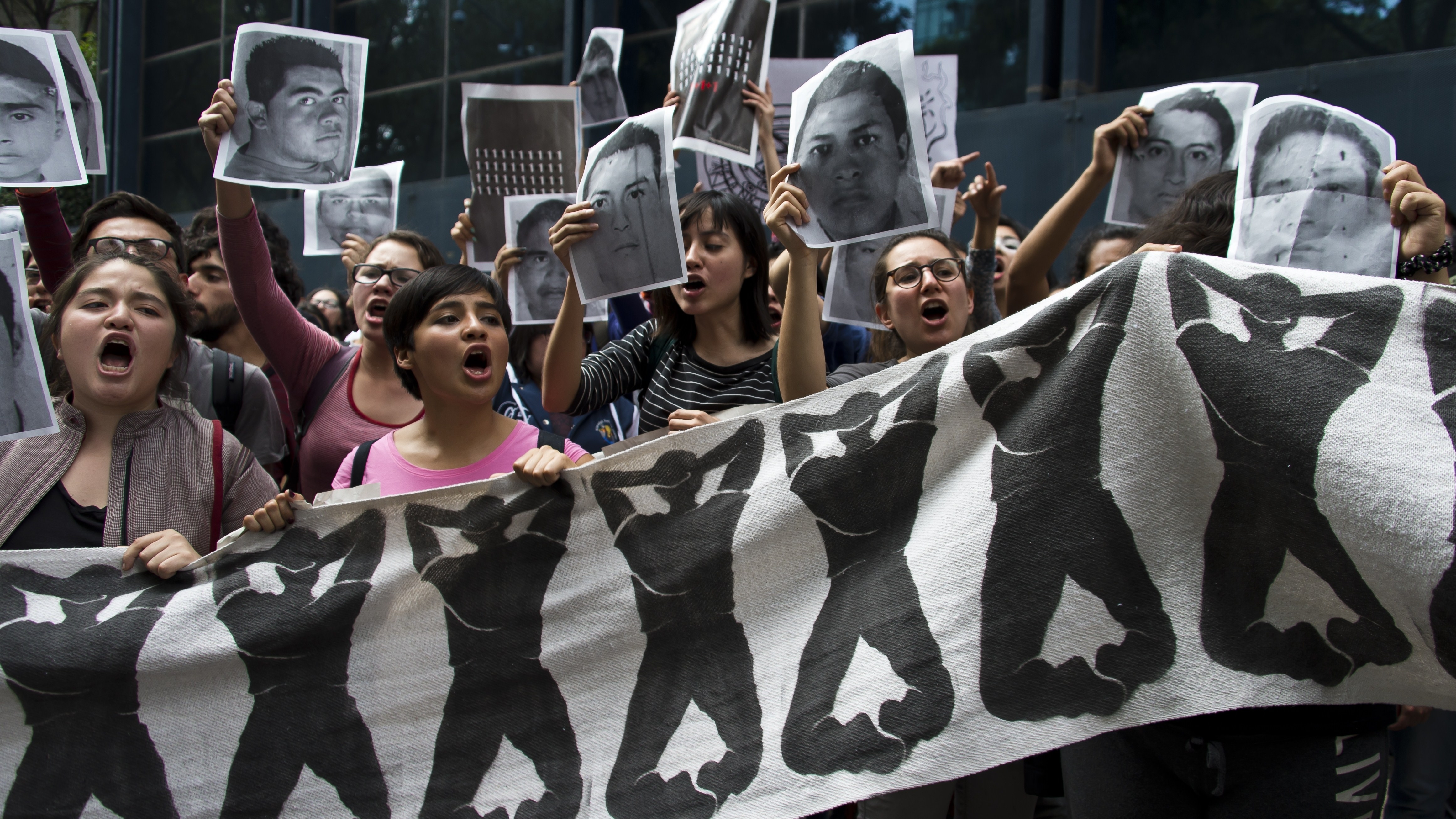 Editor’s Note: The latest installment of Frontera NorteSur’s special coverage on the crisis in Mexico.

On a frigid November night, candles illuminated the photos of 43 missing young men laid out on the patio of the Mexican Consulate in Albuquerque, New Mexico.

A man crouched on the ground, reading out the names of the disappeared: “Leonel Castro Abarca (18), Mauricio Ortega Valerio (18), Felipe Arnulfo Rosa (20)…”

“Presente!” roared back a crowd of about 100 people as each name was read off. Mixed in ethnicity and age but with a heavy representation of young people, the demonstrators sang, chanted and spoke out about the murdered and forcibly disappeared students of the Ayotzinapa rural teachers’ college in the southern Mexican state of Guerrero.

“Justice! When do we want it? Now!” demanded the protesters. The November 13 Duke City demonstration was among numerous actions that swept the globe in recent days as outrage swelled over the police/cartel killings and forced disappearances of 49 students and civilians in Iguala, Guerrero, last September 26 and 27.

For Cipriana Jurado, the atrocities of Iguala are far from new. A longtime labor and human rights activist from Ciudad Juarez who participated in the Consulate protest, Jurado was granted U.S. political asylum following threats and the killings of her friends from the Reyes Salazar family in the Juarez Valley during 2010 and 2011.

“We’ve suffered other massacres like those in Juarez and Tamaulipas, but Ayotzinapa is the straw that broke the camel’s back,” Jurado told FNS.

Inside and outside Mexico, demands for justice for Ayotzinapa resound like a trumpet call bouncing off mountain peaks, gliding into river valleys and crossing oceans. In various ways, the United Nations, Inter-American Commission on Human Rights and European Parliament are involved in the issue.

Pope Francisco recently conveyed his “closeness in a painful moment” to the Mexican people.