Border mayor does not rule out voting for Donald Trump 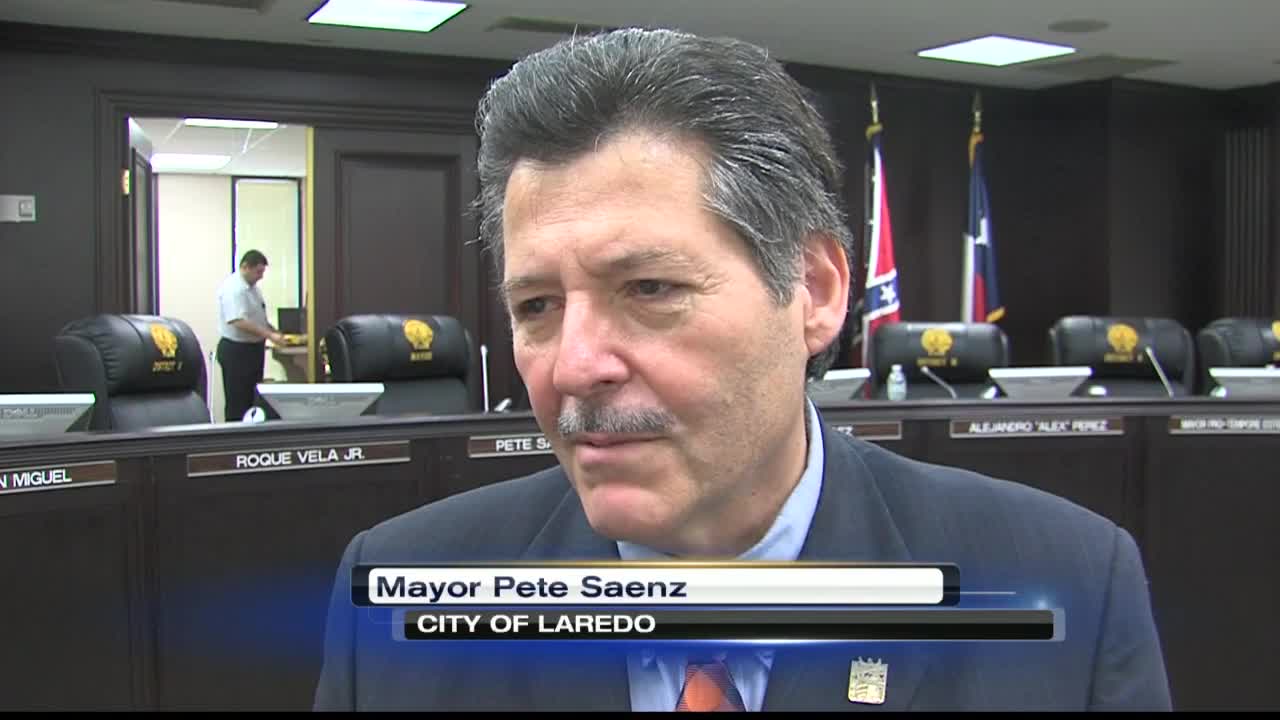 PHARR, RGV – Laredo Mayor Pete Saenz, who is also chairman of the binational Good Neighbor Commission and chairman-elect of the Texas Border Coalition, says he cannot rule out voting for Donald Trump.

Saenz appeared on the Fox Business Network on Tuesday to talk about Trump’s proposal to build a bigger border wall and to comment on the fact that Trump topped the GOP poll in Webb County on Super Tuesday.

Fox Business anchor Stuart Varney asked Saenz if he could see himself voting for Trump in the presidential election in November. Saenz replied: “Well, there is a long way to go.” Asked by Varney if that is an absolute ‘no,’ Saenz replied: “No, it is not an absolute no. But, as a mayor I have to stay neutral. There is still so much ground to cover here. But, it is interesting times, very interesting times.”

Saenz was in Washington, D.C., on Tuesday to lead a Laredo delegation that was pushing for more federal to improve border bridge infrastructure. On the Fox program, Saenz pointed out that Laredo is the nation’s largest inland port. It is also the No. 3 Customs district in the country. “It is a beautiful town,” Saenz told Varney.

Varney seemed intrigued that Hispanic voters could support Trump. He noted that 96 percent of Laredo is 96 percent Hispanic and pointed out that Trump secured nearly 35 percent of the vote in the GOP primary in Laredo, enough to beat Texas’ own U.S. Senator, Ted Cruz. Varney acknowledged that the 4,000 Laredo residents who voted in the GOP primary was “dwarfed” by the 26,000 that voted in the Democratic Party primary. “But still, that is a chunk of people,” Varney said. “Does that mean that some Hispanics are okay with a wall or okay with Donald Trump?”

featured, hispanic, latino, U.S.-Mexico border
Previous Post Bacon increases the risk of breast cancer in Latinas but not white women, study finds
Next PostGuest Voz: Mi Abuelito — Discovering the depth of my grandfather's love for family and Nicaragua, his country

Bacon increases the risk of breast cancer in Latinas but not white women, study finds
Comment
Guest Voz: Mi Abuelito — Discovering the depth of my grandfather's love for family and Nicaragua, his country