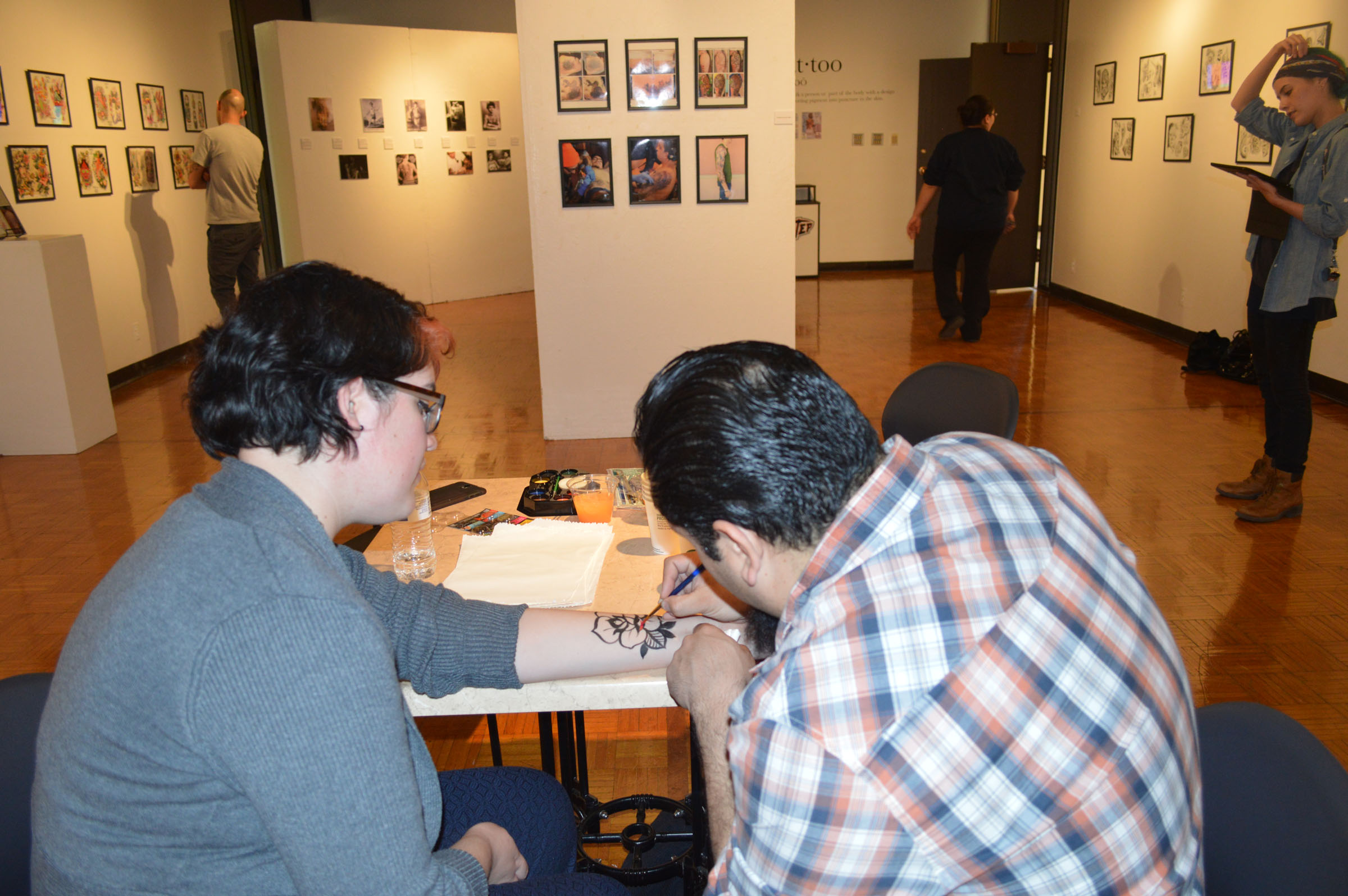 In recent years, tattoos have transitioned from taboo to mainstream and are now being embraced by the art world, much like graffiti.

“Tattoos are a part of pop culture now,” said Chris “Drts” Aragon of Sun City Tattoos. “They are so common nowadays that they actually make people more approachable.”

The growing popularity of tattoos is evident in reality television shows such as “Miami Ink,” “Ink Master,” and “Tattoo Nightmares.” Some advertisers are now also legitimizing tattoos by using tattooed models to sell products like perfume and clothing.

“I think tattoos are seen in society with a more open mind nowadays,” said Myker Yrrobali, another artist at Sun City Tattoos. “It has really evolved into more of a legitimate fine art.”

The growing recognition of tattoos as a popular art form on the border was even reflected in a recent exhibit at the The University of Texas at El Paso Union Gallery. The exhibit, “The Body as a Canvas: The History & Influence of Tattoo Art,” which ran from January to February, showcased the work of several artists at Sun City Tattoos.

The tattoo styles on display ranged from old-school designs of skulls, colorful dragons, and the Virgen of Guadalupe to new takes on border-inspired images including cacti, cholos and mayan skull headdresses.

“The concept for the exhibit was to allow people to see tattoo art in a different light,” said Briana Martinez, student curator of the UTEP Union Gallery. “Otherwise, we usually only see tattoo art on actual people’s skin or on the walls of tattoo shops.”

People get tattoos for…