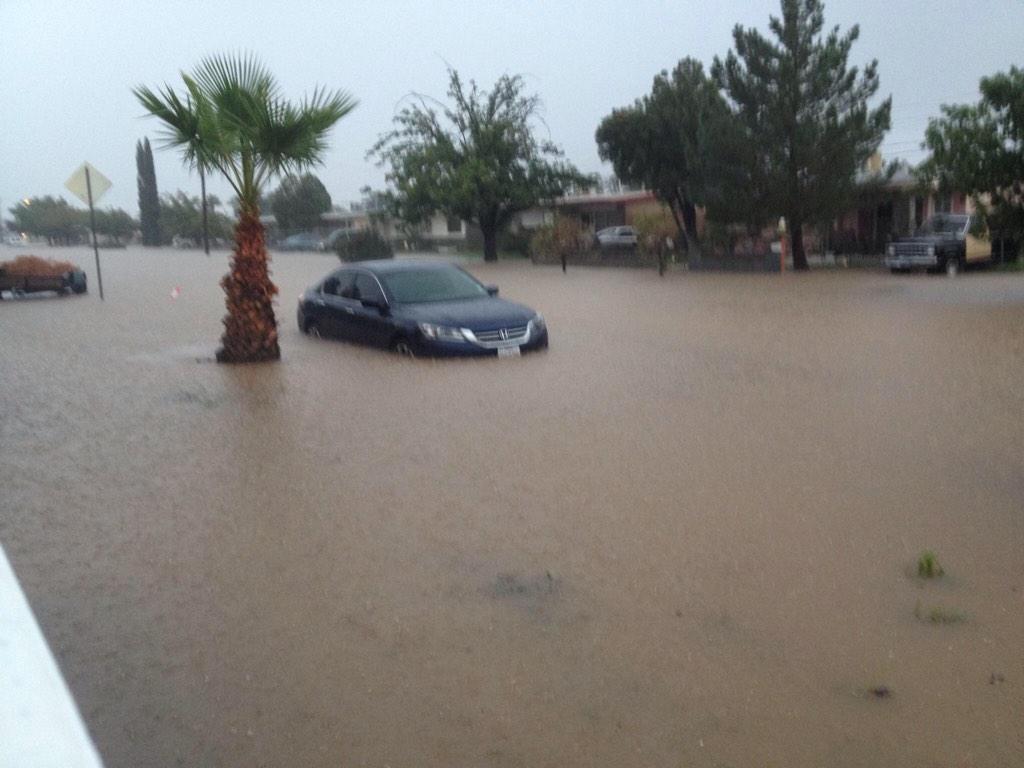 New York City made history when hundreds of thousands of people gathered in September to demand real action on curbing climate change, as the United Nations Climate Summit prepared to convene.

September, which followed the hottest August ever recorded according to the National Oceanic and Atmospheric Administration, was also a time of great climate ironies in northern Mexico and the southwestern United States. A region that has panted through a blistering drought during the past few years was mercilessly inundated with heavier-than-normal rains and unforgiving floodwaters.

Homes were destroyed, roads and bridges washed out, communities cut off and lives lost. From southern California to Chihuahua and up into New Mexico, the lashing tails of first Hurricane Norbert and then Hurricane Odile fiercely exposed the continued inadequacy of flood control infrastructure and unpreparedness in many communities.

In Ciudad Juarez, Chihuahua, the remnants of Hurricane Odile destroyed several flimsily built homes, opened up sinkholes, disrupted schools and businesses and turned the long-anticipated downtown traffic tunnel, which was finally inaugurated earlier this month by Mayor Enrique Serrano and Governor Cesar Duarte, into an underwater lake and waterfall- in the words of the local press. Work crews were forced to pump water from the tunnel that exits onto iconic Avenida Juarez.

Interviewed by local reporters, passerby ridiculed the water-logged tunnel, which was completed at an estimated cost of $20 million after nearly two years of construction. “Serrano opened a public pool,” quipped some onlookers. “Bring canoes and we’ll rent them.”

“It was to be expected,” said another man. “They build pure crap for the people of Juarez.”

Fernando Mota Allen, Ciudad Juarez’s civil protection director, denied that malfunctioning water pumps installed for flood control in the tunnel were the cause of the disaster but pledged a review in order “to avoid a repeat of this situation.”

Separately, Mayor Serrano added that recent government clean-ups of dikes and arroyos staved off worse flooding. “While there were important impacts, they are of a different nature than if nothing had been done,” Serrano said.

Soggy-and tragic- scenes also unfolded just across the international line in Juarez’s sister city of El Paso, Texas. Residents of the Saipan neighborhood living underneath the Spaghetti Bowl freeway interchange, who suffered major losses during the Little Katrina flooding of 2006, watched nervously as water accumulated in a local park. Luckily, however, they were spared a rerun of events that disrupted their lives eight years ago.

“Right now with the (city-built retention pond) that they made, I just hope that’s enough to contain the water that we have right now,” neighborhood resident Javier Garcia was quoted.

But in another part of the Texas border city…