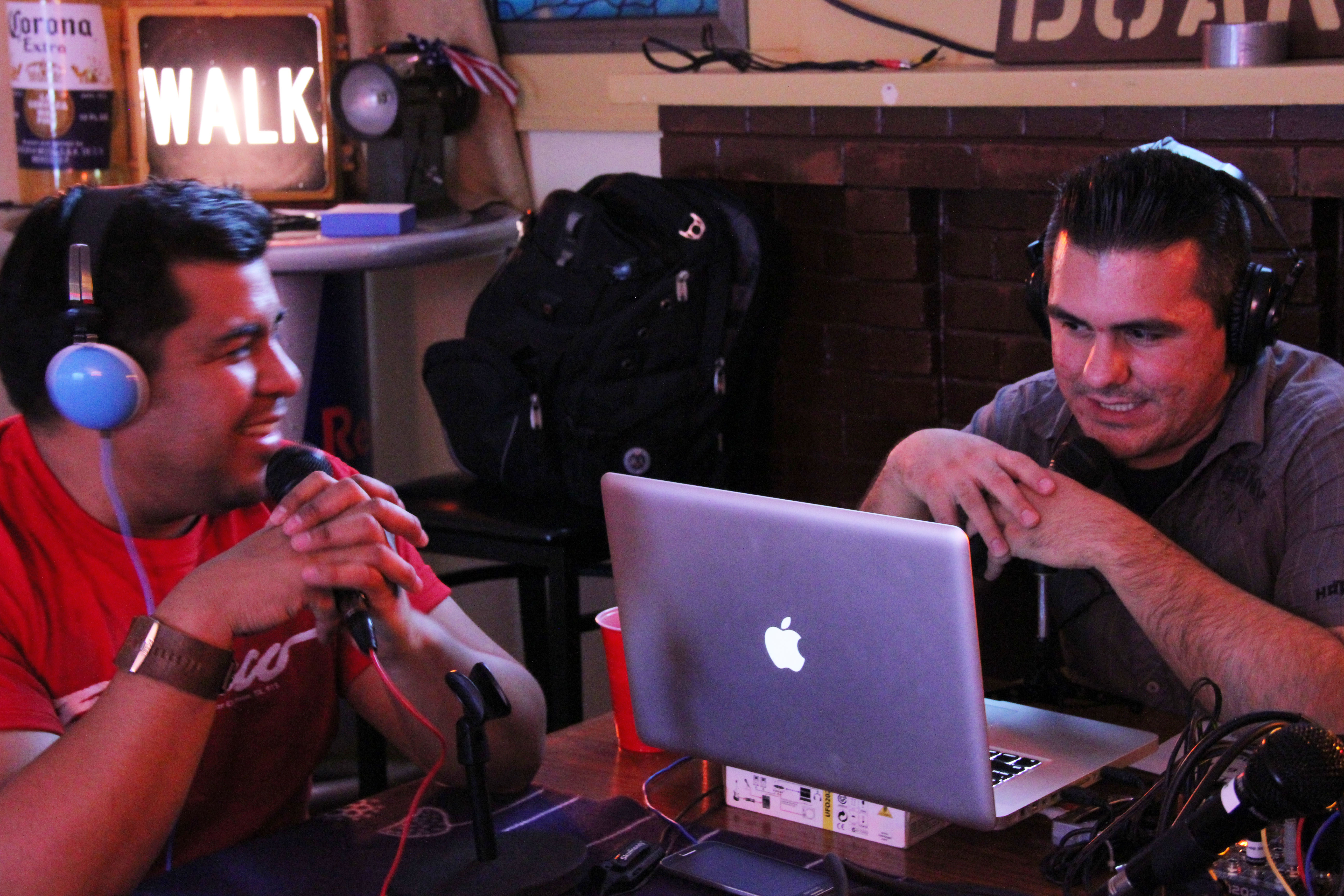 EL PASO — Beer bottles clink in the hands of burly men as ACDC pounds on the speakers. Under the sound of televisions playing football games, a faint chatter can be heard on the second floor of the Pershing Inn bar—“Welcome to Rios Online Radio…”

Since January 2013, Joseph Brooks and Gabriel Acuña, producers for Rios Online Radio, have met every Sunday at the Pershing Inn, 2909 Pershing Dr., to host a podcast aimed at promoting El Paso, its residents and the local music scene.

“I used to do podcasts with my friends a couple years ago in my garage, using a cell phone in a can hanging in the middle of the room. We just shared it among friends,” Brooks said.

“Gabe found out that I had a podcast going and by that point I had wanted to go a little more professional—get some equipment and get some money together,” he said.

Brooks purchased recording and editing equipment, and with Acuña’s previous experience with Chuco Talks – a series of video interviews of El Pasoans – he joined Rios Radio as co-producer.

“When we did the videos for Chuco Talks, it was with Beard of Zeus Productions and it was between projects. So when we compiled our list for it, we had 50 to 60 different topics. I was just eager to start covering them,” Acuña said. “I told him (Brooks) what we were doing with Chuco Talks in video format, but I wanted to do it a lot quicker. I told him we could record in one day and put it out in two days and he said ‘heck yeah.’”

A showcase for local bands