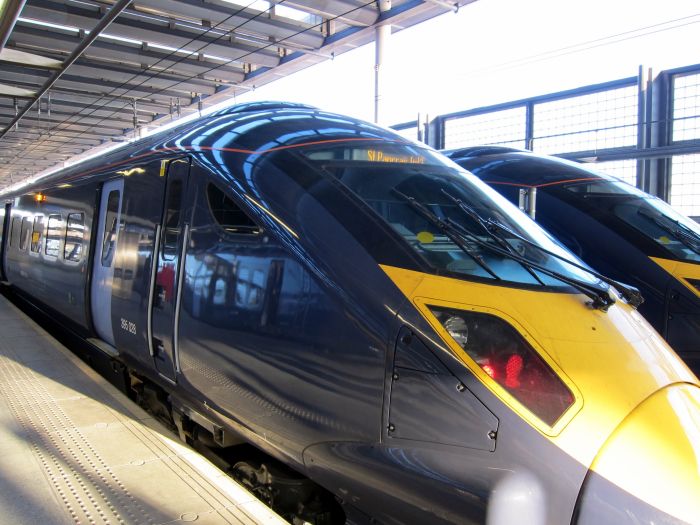 The Laredo Democrat made the prediction at a news conference held at Laredo City Hall on Monday.

The news conference was held to discuss local rail projects and immediately followed a private meeting hosted by U.S. Rep. Henry and officials from the City of Laredo, the Texas Department of Transportation, the Federal Rail Administration, Customs and Border Protection and two private freight rail companies.

After the news conference, Laredo leaders signed a Memorandum of Understanding with Consejo Mexicano de Comercio Exterior, a Mexican business association that focuses on foreign trade.

Raymond said that after Cuellar worked to get federal funds for a study into the possibility of high-speed rail projects, including a line from San Antonio to Monterrey, he worked at the state level to make sure TxDOT included this portion of the route in the study.

“That is an important project. That will happen. We are going to have something from San Antonio south,” Raymond said.

Previously, the governor’s office in Nuevo Leon has said it has all the necessary permits in place to build a high-speed line from Monterrey to Nuevo Laredo. The goal is for a two-hour commute between San Antonio and Monterrey, with Laredo the only stopping point.

Much of the discussion at Monday’s news conference focused on freight rather than passenger rail. Raymond said it is important that all agencies of government, be they federal, state, city, or county work together with the private sector to continue to build on what has already been achieved in Laredo. “Where we are today didn’t happen just because. It happened because so many people decided we are going to be No. 1 in trade and continue to grow that,” Raymond said.

A number of speakers pointed out that Laredo is the No. 1 land port in the nation for…