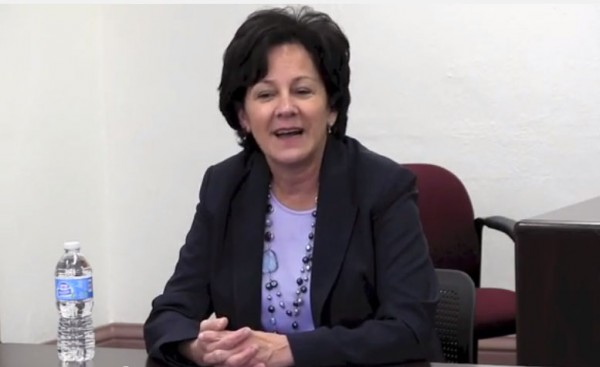 EL PASO — The Chief Executive Officer of ImpreMedia, the nation’s leading Hispanic Media Company, told students at the University of Texas at El Paso that media today must inform, educate and empower communities.

Born into mainstream media — Monica Lozano’s father owned the powerful La Opinion, a Spanish language newspaper in Los Angeles — she quickly realized that she would find her destiny in the field of journalism.

Lozano said she trained teams of Spanish language journalists to do groundbreaking reporting, which had a lasting effect on the profession and the community. “The evolution of the Latino community and media, that is my greatest achievement,” she told a group of students and faculty at UTEP.

Her professional life took a new turn in 1990 when she moved from the journalistic side of media to the business side. “A role that goes beyond just providing information, to inform, educate and empower is the most important thing that we do,” Lozano said.

Her transformation from journalist to Chief Executive Officer of ImpreMedia has placed her in a unique position to continue influencing media and communities.

The new direction of Latino media will be…