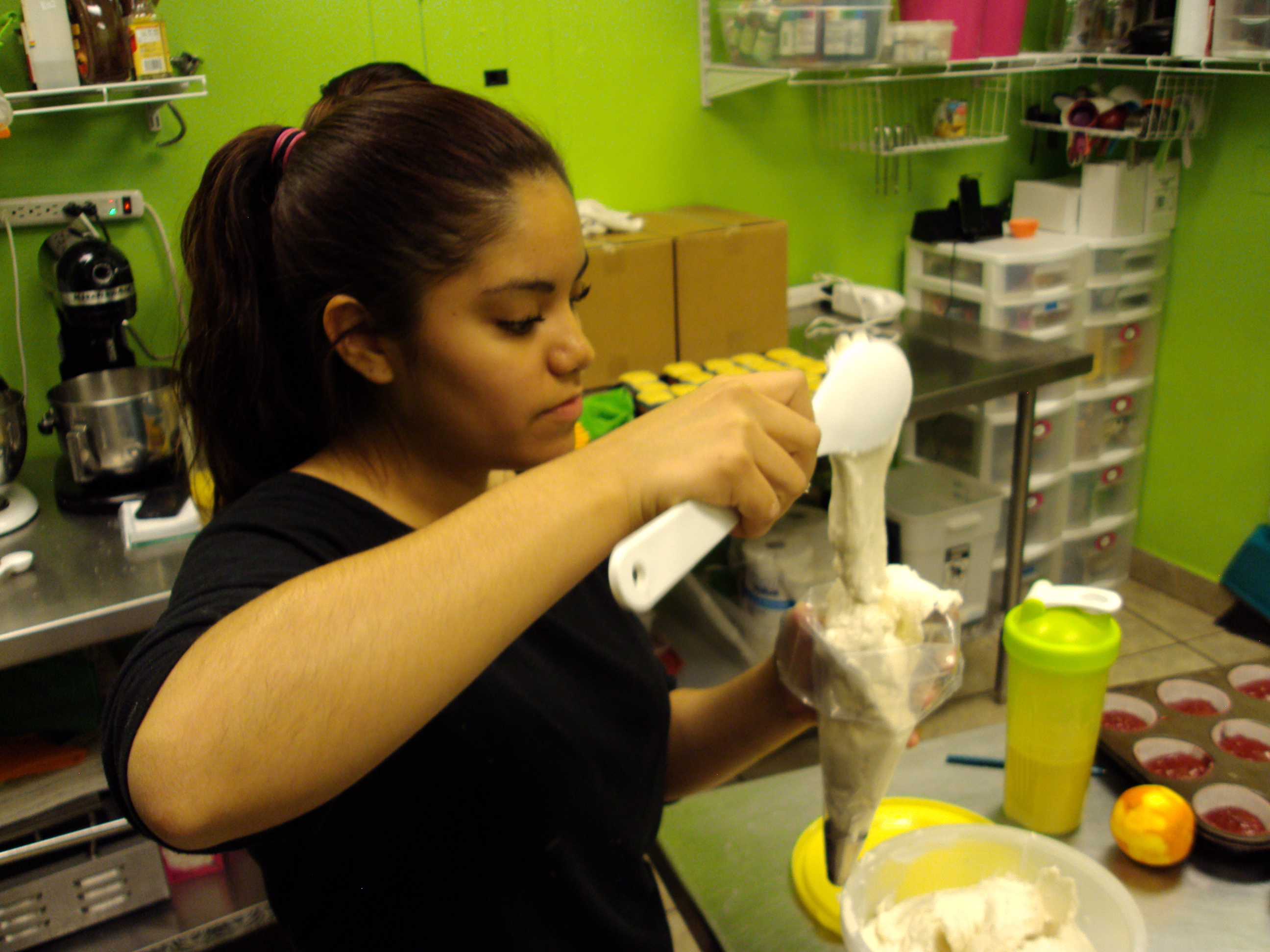 EL PASO — Teenager Naomi Gil’s colorful and carefully mastered pieces of confectionary art and other gooey baked goods leave customers in amazement when they see these artistic pastries inside the display cases at an East side bakery.

As each cupcake leaves the oven, fresh and hot, she uses sugary icing and creativity to turn the small cakes into works of art, decorated with all sorts of characters, sports team logos and other artistic designs.

The 17-year-old Montwood High School student began baking at age 10. Her teachers were her mother, a nanny, and her grandmother.

“I remember being really small and really short and my mom would look down on me and say ‘here help me with this empanada’ or I would just watch her make apple pie and carrot cake,” says Gil. After that, she routinely helped her family bake pies and other confections in what became a serious hobby.

When she became a teenager she began using her artistic skills to make and decorate cakes with figurines and other decorations. Her first cake decoration was the figure of Yoshi, a video game character from Super Mario, for her brother’s birthday.

“I was in eighth grade and I told my cousin to come over and help me because I didn’t know what I was doing,” said Gil, “I had bought a bunch of food coloring and fondant (an edible icing), and as we went along it all just came together naturally.”