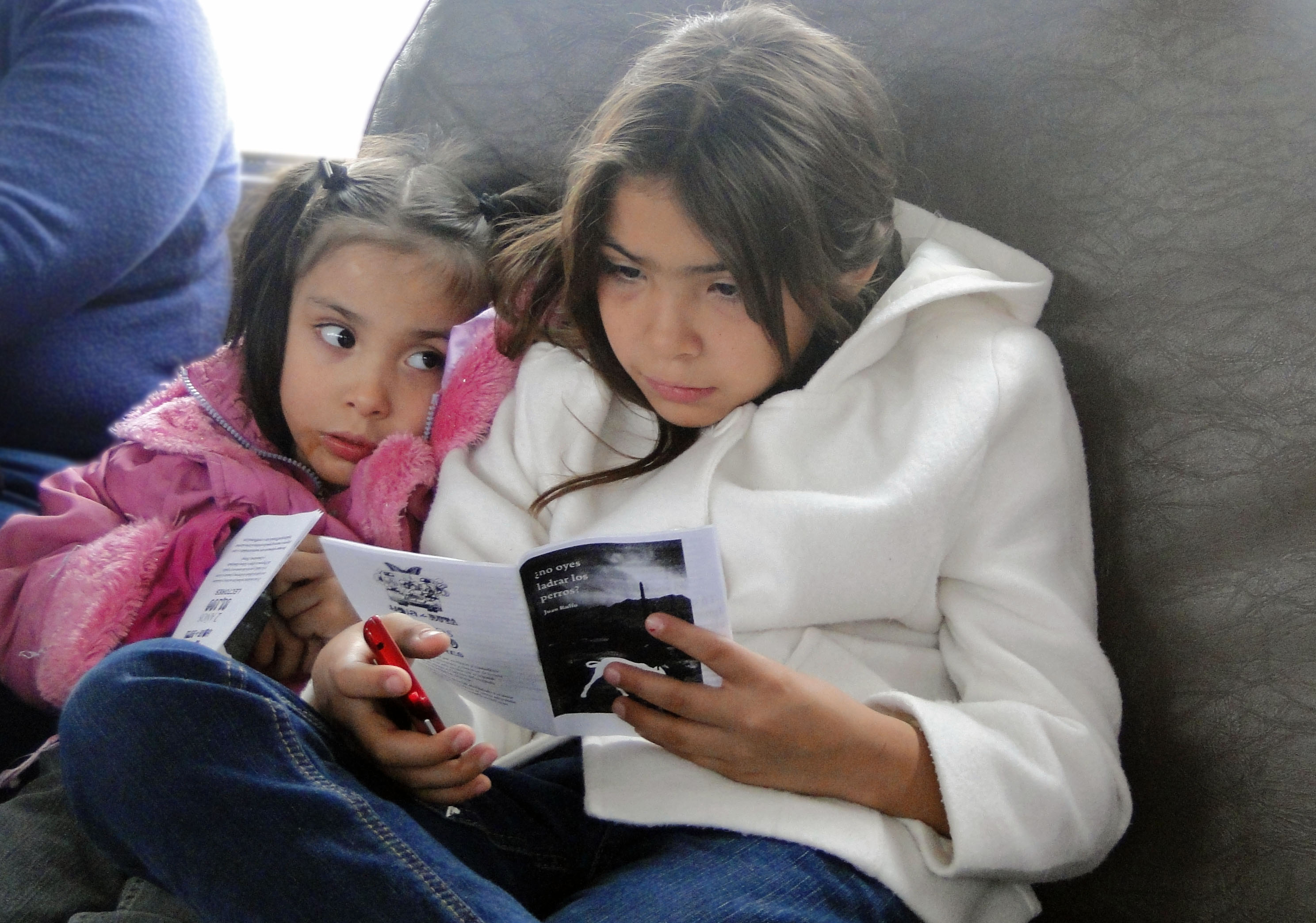 CIUDAD JUÁREZ—Every fifteen days Edgar Rincón and his wife Verónica Martínez along with their two children Diego y Elena, walk towards the footbridge in front of Plaza Juárez Mall, to wait for the ruta, the city’s public transportation.

This might seem like an everyday event in Juárez, a place where most of the people use rutas as their main form of transportation, except that when the Rincón Martínez family gets on the bus, they distribute free booklets that contain poems and stories that later they read aloud.

“—Hey you up there, Ignacio, tell me if you can not hear a sign of something or see some light somewhere—” Martínez, 42, proclaimed when reading the story, Do you hear the dogs barking? from Mexican writer Juan Rulfo to a diverse group of passengers.

“We are surprised to see children, men, everybody, very interested in the reading,” Martínez said.

What Rincón and Martínez do along their family and other young people is part of the Hoja de Ruta project, an initiative from Juárez that promotes literature and reading through readings in buses that are complemented by the distribution of booklets.

The project started at the end of 2011, during one of the most violent periods in the city’s history as a consequence of the drug wars. The concept was born in a writers’ meeting organized by Rincón, who is also a writer.