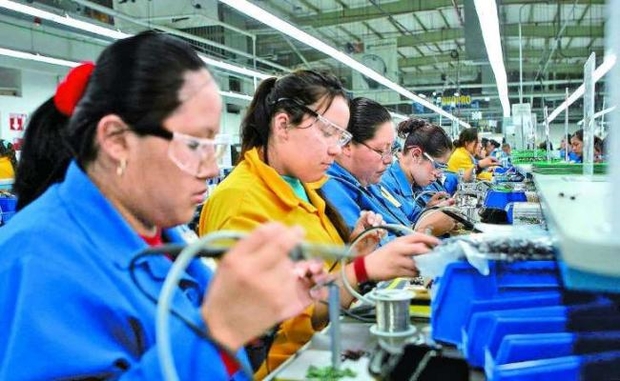 McALLEN, RGV – It could be tempting for the child of a low-wage family living in Reynosa to think that assisting a colonia gang leader by, for example, standing on a street corner all day as lookout and radioing in if the Army approaches, could be lucrative.

The child could then be on a slippery slope towards a life of crime, later assisting even further by agreeing to transport drugs across town. Before long the teenager of a previously upstanding family in the community is immersed in the black economy, displaying the riches that came from ill-gotten gains, such as nice clothes, jewelry, and expensive consumer goods.

INDEX Reynosa, the maquila trade association, is trying to persuade Reynosa children not to go down this path. A foundation it has set up has organized a pilot program in two elementary schools in the city in order to teach children the importance of developing a strong moral compass in life.

“We chose the Carlos Fuentes and Moctezuma schools because they are in a very vulnerable sector in Reynosa,” said Silvia De León, manager of the Reynosa Asociación de Maquiladoras y Manufactureras Fundación.

“The idea is to work in the schools to strengthen the moral values of the children, of the parents and of the school itself, the teachers and the principal.”

“We visit the schools once a month. We have set up parent councils and we invite the parents to come to the school during a break in class so that they can participate in plays with the kids. We teach them about the importance of not crossing a line, of having respect for your classmates. We provide calendars and other materials to the teacher to teach the students certain values, such as friendship, love, respect and honesty.”