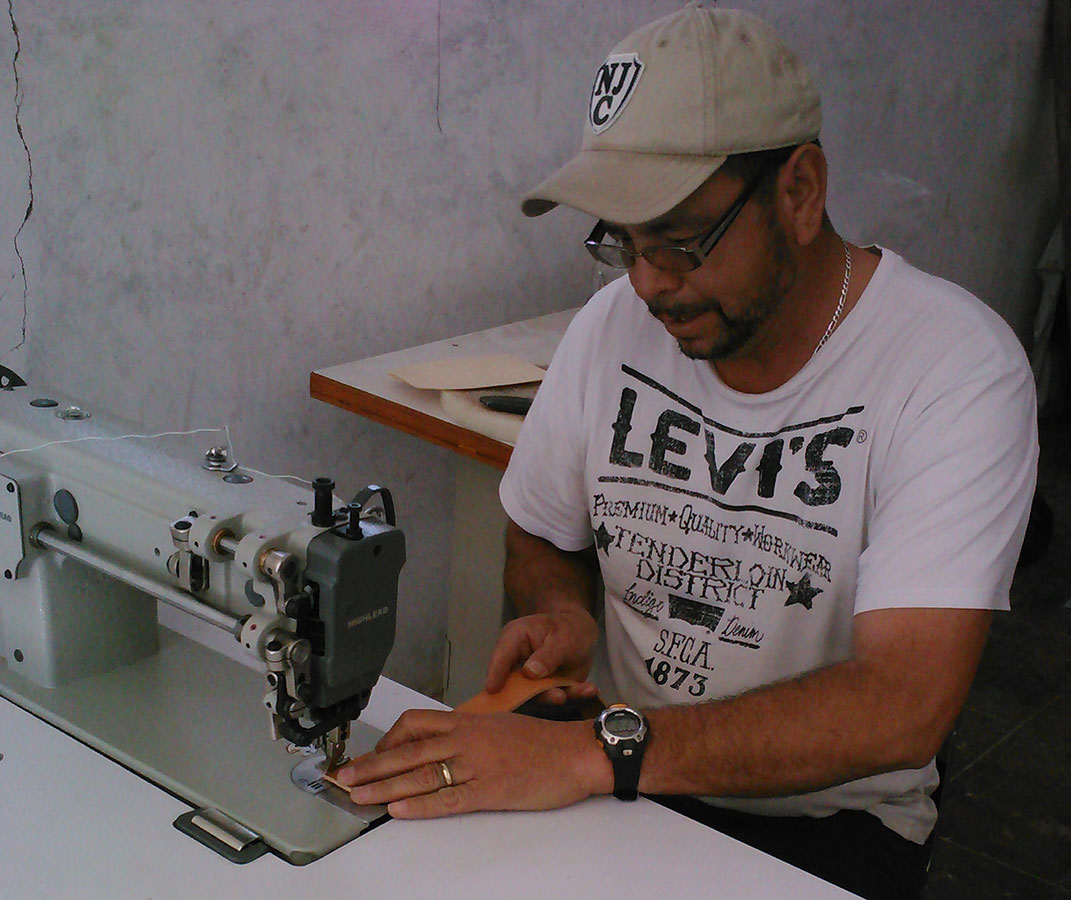 DURANGO, Mexico — Hipólito López never thought that he would learn a new trade in prison that would lead to his own business after incarceration.

“Polo” spent 12 years in prison at Beaumont, Texas, where he learned various crafts such as making paintbrushes, beadwork and saddlery.

“I learned this leather craft at the prison in the United States. I studied and worked for 12 years doing this at the prison,” López said.

In 1998, López was detained for marihuana trafficking and he was sentenced to 15 years in prison. Due to good behavior, he was released three years before the end of his sentence.

About four years ago, López was released and deported back to Durango, Mexico, his hometown, where he was reunited with his wife and his daughter. It was difficult for him to reintegrate into the community, but his biggest problem was finding a job.

“I tried looking for a job for a long time, but the economic crisis here in Mexico is bad and no one wanted to hire me. I worked in agriculture, planting chile and delivering tortillas, but that didn’t give me enough money to support my family,” López said.

Due to the lack of job opportunities in Mexico, López decided to open his own saddlery business and utilize the skills that he learned in prison to create crafts.

Saddlery is the making of articles or accessories out of leather. “With saddlery you can make belts, saddles, chaps, wallets and handbags,” said López.

Because López lives in a small community in Durango where riding horses is a primary form of transportation, his most popular pieces are belts and chaps.

Video: New documentary forces nation to remember how a young generation helped turn the tide for Civil Rights
Comment
Latina Cubicle Confidential™ : Is the “Burnt Tortilla Syndrome” Holding You Back?