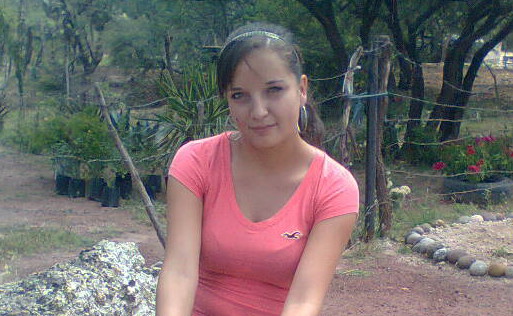 Martha Cecilia Gomez was visibly shaken as she pleaded for the whereabouts of her daughter. According to the Mexican mother, her 16-year-old daughter Paola Yaneth Alvarez left the family home in the central Mexican state of Aguascalientes the morning of February 1 to go shopping for pork rinds and never returned.

“We don’t know anything about her,” Gomez told FNS. “As the mother of a family, I ask people who might have seen something to come forward, but nobody has” Along with relatives of other missing or murdered persons, Paola’s family members staged a march earlier this month through the state capital of Aguascalientes to press for answers.

In the days following the march, stickers affixed to structures lining one of Aguascalientes’ main streets asked passerby, “Where is Cristal Acevedo?”

Civil society groups such as the Feminist Collective and the Social and Gender Violence Observatory also participated in a protest designed to call public attention to disappearances. “This is a grave problem nationwide,” Mariana Avila, Observatory coordinator, told reporters.

While Aguascalientes is not known to have experienced the same level of disappearances of Mexican states like Chihuahua or Guerrero, the issue is of growing concern to Avila and other human rights activists.

According to Avila’s group, data released by the Aguascalientes attorney general’s office (PGJE) in September 2014 reported the disappearance of 239 women and 135 men. Yet the same office earlier stated that 200 people in total were missing from 2007 to 2014, according to Observatory members.

In an effort to get a more accurate picture of the local problem, the non-governmental organization is in the process…