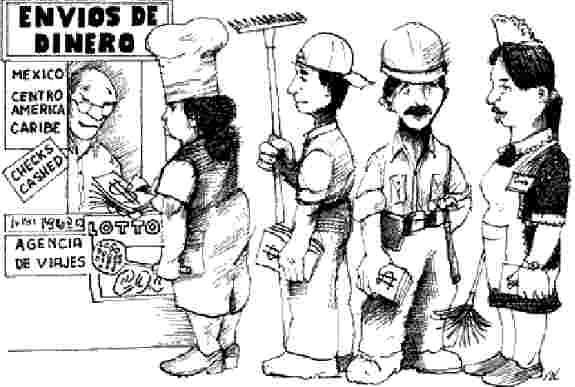 For the first time in 15 years, dollars sent home by Mexicans working in the United States have surpassed the value of Mexico’s oil exports. According to the central Bank of Mexico, the flow of migrant remittances from the U.S. reached $14.3 billion from January to July of this year. In contrast, money earned from oil exports came to about $12.2 billion during the same time period, according to the Pemex national oil company.

Alfredo Salgado Torres and Juan Jose Li Ng, analysts for the BBVA-Bancomer bank, attributed a spike in remittances to better conditions in the U.S. economy, exemplified by improved employment in states with large immigrant populations like Texas and California, as well as the ongoing peso devaluation that provides greater incentives for migrants to send money to their loved ones back home.

The average remittance received in Mexico for the January-July time frame totaled $296, an amount slightly higher than for the comparable period in 2014. However, dollars buy more in Mexico this year than they did last year.

The historic plunge of the peso, “could…

Video: New documentary brings the case of 43 missing Mexican students to global attention
Comment
Crowdfunder: Teaching homeless youth a business to keep them off the streets