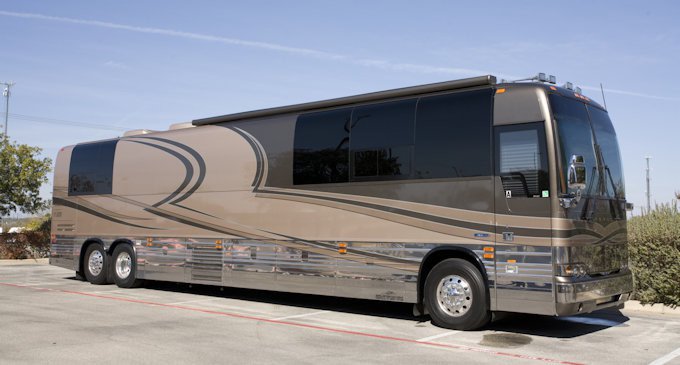 MCALLEN, RGV – In an effort to improve the perception of Reynosa among Rio Grande Valley residents, McAllen Economic Development Corporation (MEDC) is reigniting its bus tours of macula plants in the Mexican border city.

The new service will start March 4 with a 52-passenger bus leaving McAllen Convention Center in the morning. The bus will tour various industrial parks in Reynosa as well as one or two maquila plants. Lunch will be provided at one of Reynosa’s most famous restaurants, La Fogata.

The first bus will be filled with local dignitaries, including McAllen Mayor Jim Darling, and reporters. Subsequent tours will be for the general public. At this stage, there is no cost.

MEDC used to provide bus tours to maquila plants in Reynosa a few years back but this was discontinued when drug cartel violence flared up. Patridge spoke about resurrecting the tours at a recent MEDC board of directors meeting.

“We are continuing to see things settle down in Reynosa. One of the things we have talked about for a long time is our image and it is something we have got to address. If we cannot address it, we will continue to have difficulty recruiting companies,” Patridge told MEDC board members.

“When people ask, do you go to Reynosa, everyone says, oh no, it is too dangerous. If they are talking to somebody who is looking to bring his family down to run a plant with a couple of thousand employees in Reynosa we may have just killed the project.

“We really have to start focusing locally and so we have decided to start up the maquila tours again. We have talked to the maquila association. They are very supportive of our efforts and so on March 4 we will have a bus tour to Reynosa where we will tour all the (industrial) parks, we will visit a plant or two and we will have lunch over there at La Fogata.

“It will be open to everyone in the community. On the first trip we really want to have some of the community leaders. The mayor has agreed to go on the first bus tour. We are real excited about that. This is the only way we are going to get people to understand that it is not like the perception that they have.”