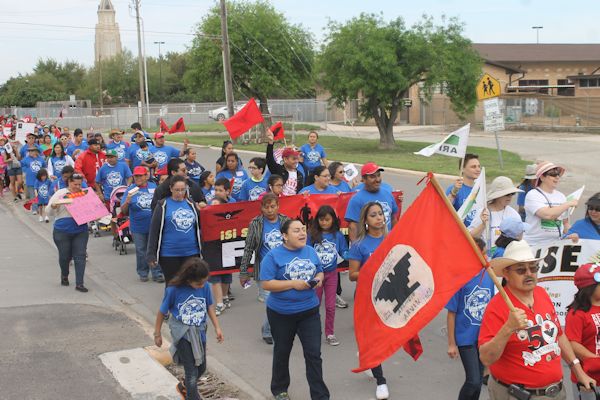 SAN JUAN, TX — La Unión del Pueblo Entero (LUPE), which represents 7,000 colonia and low-income families in the Rio Grande Valley, has written to President Obama with recommendations on how to fix the nation’s broken immigration laws.

Among other things, the group wants the President to use executive action to expand the deferred action he took for DREAMers to include various groups of undocumented immigrants.

The letter is signed by Juanita Valdez-Cox. In it, LUPE’s director writes: “Through record deportations, police-ICE collaboration, increased detention and more Border Patrol presence, our communities have been ravished by your administration’s deportation machine. For that reason, we call on you to reverse course on deportation and criminalization, and to implement executive action that brings genuine relief to our families.”

LUPE has made its recommendations based on feedback it got from its members in various house meetings and at its biannual Cumbre de Colonias in April. The group wants the President to act using his executive action authority because it seems as though another year will go by without meaningful immigration reform by Congress. Obama said last month that he would go it alone on immigration reform if Congress does not act.

John-Michael Torres, a spokesman for LUPE, said the group has asked for the assistance of Congressman Filemon Vela in delivering its letter to President Obama, along with copies to Department of Homeland Security Secretary Johnson, Attorney General Eric Holder and Director of Domestic Policy Cecilia Muñoz.

“We want to make sure the letter reaches their hands and that we receive a response as their schedules permit,” Torres said.

Here is the letter in full…