Trump to visit Laredo on Thursday 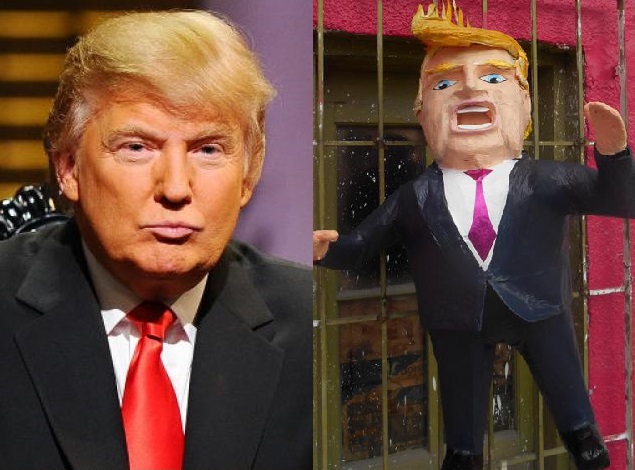 McALLEN, RGV – GOP presidential candidate Donald Trump is to visit Laredo on Thursday to speak with the law enforcement community.

KGNS-TV broke the news on its evening broadcast on Tuesday. Its source was Hector Garza, president of National Border Patrol Council Local 2455.

Garza said Trump will tour the Laredo border region and give a speech to local law enforcement personnel. He said more details will be issued on Wednesday. Click here for KGNS story.

Trump has offended many border residents with his outspoken views on Mexican immigrants. In one of his campaign speeches, Trump said: “When Mexico sends its people, they are not sending their best. They are bringing drugs. They are bringing crime. They’re rapists.” As a consequence, piñatas depicting Trump have proven popular in Mexico and along the border.

However, an unscientific poll on KURV, the Rio Grande Valley’s main English language talk radio station, had a large majority – 78 percent- of listeners claiming Trump would make a good president.