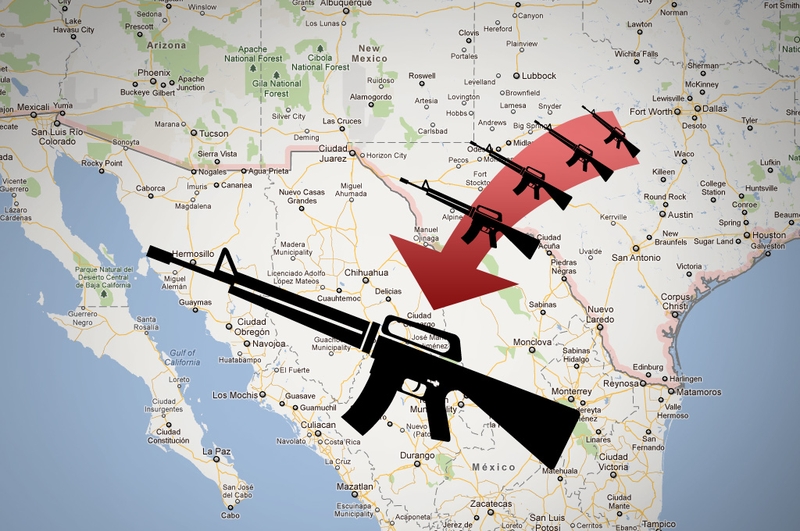 AUSTIN, Texas – It has been a long time coming but, finally, supporters of southbound checkpoints on the southwest border believe they are gaining real momentum.

On Wednesday, the Texas House tentatively passed House Bill 11, the sweeping border security legislation for the 84th legislative session. A key provision in the bill, which was authored by Speaker Pro Tem Dennis Bonnen, a Republican from Angleton, requires the Department of Public Safety to conduct a feasibility study on how it can best help Customs and Border Protection inspect vehicles crossing into Mexico.

“I am very pleased we included this provision in the bill,” said state Rep. Poncho Nevárez, a Democrat from Eagle Pass. “This will help stop the misery we export to Mexico. The misery is the millions of dollars from drug buys and the arms and ammunition, which are so readily available in Texas, that go south. We are part of the process that sends some of that misery to Mexico and hopefully we can police that.”

When asked by a reporter if HB 11 sends a clear message to Washington, D.C., that Congress should put more resources into southbound inspections, Nevárez said: “It does but it also sends a message to our partners south of the border that we feel your pain and we understand we are part of the problem and we are accomplices in this and this is our way of helping with respect to what is fueling a lot of the violence down there.”

Citing Mexico’s governmental research service CESOP, David Cagne, a reporter with In Sight Crime, reported in January that an estimated 2,000 weapons illegally enter Mexico from the United States every day. Cagne said the report shows that 85 percent of the approximately 15 million weapons that were in circulation in Mexico in 2012 were illegal.

“The report — which is based largely on numerous international studies and reports — highlights the large number of cheap military and assault-style weapons available in the United States, in addition to lax U.S. gun laws, as the main reasons for the high number of arms smuggled into Mexico. Some 40 percent of firearms used by drug traffickers in Mexico come from Texas alone, the report stated,” Cagne reported.

In speeches in McAllen on Tuesday, as part of Caravana 43, the families of disappeared students from Ayotzinapa, Guerrero, called on the U.S. government to stop guns, ammunition and cash from reaching the drug cartels in Mexico. The cartels, they said, corrupt the local police forces.

In testimony provided to the U.S. Senate Committee on Homeland Security and Governmental Affairs, on Tuesday, McAllen businessman Othal Brand, Jr., urged Congress to put more resources into southbound checkpoints. Asked to respond to claims that the installation of southbound checkpoints would produce…