TX US Rep Cuellar: “Mexican leaders cannot believe the United States has not responded to its offer to help secure the southwest border” 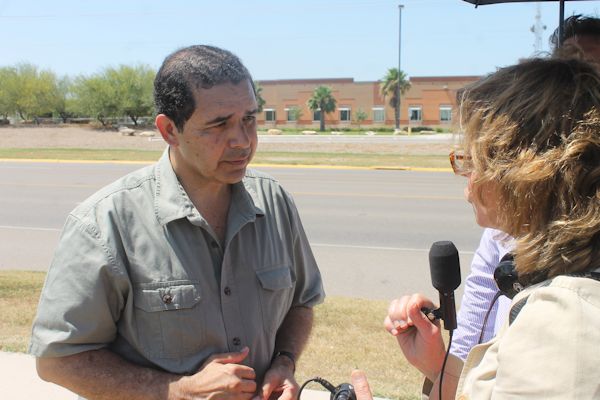 McALLEN, TX — Mexican leaders cannot believe the United States has not responded to its offer to help secure the southwest border and they wonder just how much commitment its neighbor to the north really has on the issue.

U.S. Rep. Henry Cuellar made these observations in an interview with the Guardian outside a Border Patrol detention center in McAllen. Inside the facility, almost 1,000 undocumented immigrants were crammed into space that was designed for only 400. A majority of the immigrants were from Central America and many were unaccompanied minors.

Cuellar said he understands the frustration of Mexican officials and said that based on his own encounters with the Obama Administration over geo-politics in Latin America, Mexico’s concerns are not wide of the mark. He said he recalled challenging Secretary of State John Kerry over a proposed 49 percent cut in foreign aid to Mexico and was told, well, Mexico has got Carlos Slim. The inference being that reportedly the world’s richest man could pay for Mexico’s security plans.

“When I was at Los Pinos last week, the Mexican officials said President Peña Nieto gave President Obama a specific proposal to work on this northern border. They said, whatever money you put in, we will match it. They never heard back from the President,” Cuellar said. “Also, these proposals never trickled down to us. My perception of Mexico’s perception is that they were not happy. Their question was, ‘is the United States interested in us?’”

Los Pinos, in Mexico City, is the official residence of the president of the Republic of Mexico.

Cuellar said he was not impressed with…

Finish reading TX US Rep Cuellar: “Mexican leaders cannot believe the United States has not responded to its offer to help secure the southwest border”