U.S. Congressman says Mexico’s insecurity has now got to be viewed as one of biggest foreign policy issues confronting United States 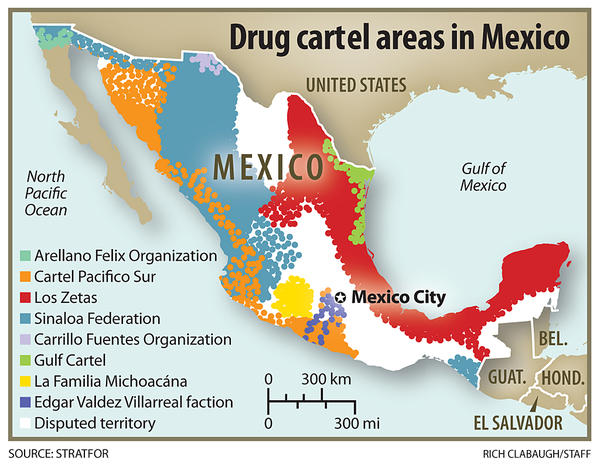 BROWNSVILLE, TX — U.S. Rep. Filemon Vela recently told the Rio Grande Guardian that insecurity in Tamaulipas and across Mexico has now got to be viewed as one of the biggest foreign policy issues confronting the United States.

The Brownsville Democrat said that through his work in Washington, D.C, he would be placing a much greater emphasis on the issue of cartel violence and two recent statements appear to bear this out.

Firstly, in the light of the recent killing of three siblings from Progreso in Matamoros, Vela in a statement “implored” the governments of the United States and Mexico to commit, once and for all, to eliminating cartel violence in Mexico. Secondly, Vela said on Monday that he will oppose the confirmation of the next U.S. attorney general unless that person commits to extraditing former Tamaulipas Governor Tomas Yarrington, who was indicted in the U.S. in 2013 but has not been brought to justice.

Vela’s stance on insecurity in Mexico has pleased Francisco “Kiko” Rendon, a member of the Texas Southmost College’s board of trustees. Rendon’s brother Carlos was murdered early last month in Matamoros. “Congressman Vela is bold for doing what he is doing. He is going above and beyond. We need our State Department to do a lot more,” Rendon said.

Vela knows the Rendon family well. In an interview with the Guardian, Vela said the murder of Carlos Rendon and, in a separate incident, the recent murder of well-known Matamoros businessman Fernando Lugo, brought home the need to focus on security.

However, Vela said it is wrong to view the issue of insecurity in Mexico as just a border problem, citing the recent disappearance of 43 students in Guerrero, Mexico. “If I go to Washington and ask for help just for this region, other members of Congress want to view it more globally. Insecurity is an issue for both countries. We have drug cartel activity in over 1,000 cities across the United States and in Mexico, 60,000 to 80,000 people have been killed. Washington needs to wake up and give this the same kind of attention it gives to other parts of the world,” Vela told the Guardian.

With regard to the death of…

Finish reading U.S. Congressman says Mexico’s insecurity has now got to be viewed as one of biggest foreign policy issues confronting United States

Guest Voz: Showing their strength: Women of Color an undeniable force among American voters
Comment
The Role of Urban Murals and Graffiti in Historic Preservation