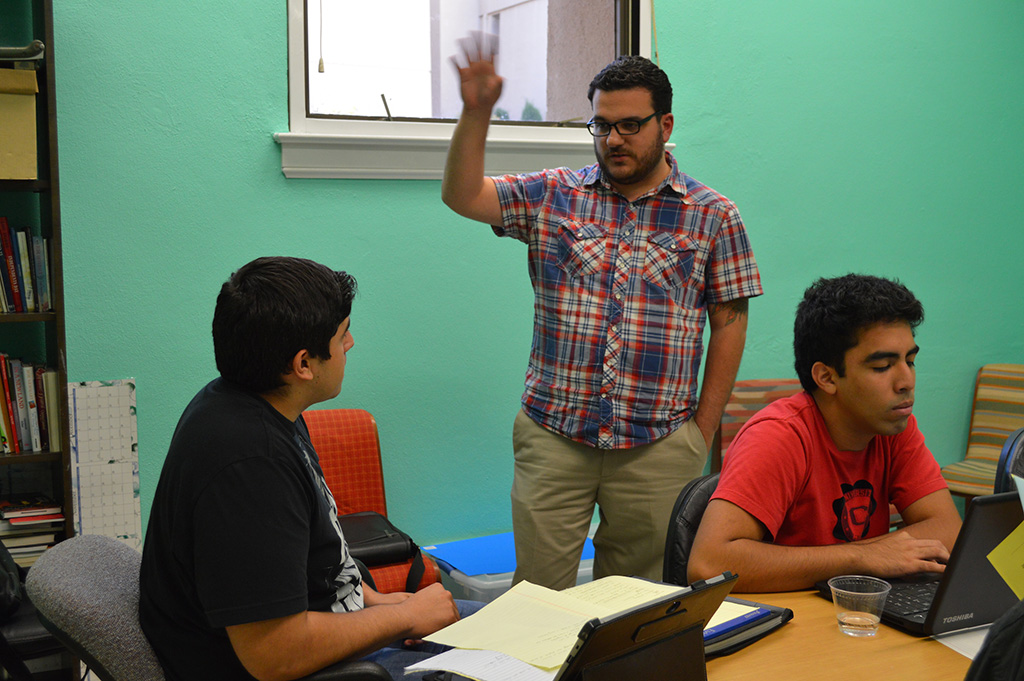 EL PASO — For a while now, UTEP’s Speech and Debate team has faced a lack of literary diversity and its inaccessibility for use in competitive speeches and interpretive events.

With a minimal amount of dramatic literature that focuses on people of color, specifically Hispanics, the team has had to deal with a deficiency of available texts by and about people of color for student speeches and competitions.

Despite the lack of diverse materials, the University of Texas at El Paso team has traveled the nation for forensic competitions from Portland, Oregon, to Gainesville, Florida, presenting speeches on a variety of topics important to college students: from new medical technologies, race, LGBTQ and identity issues, among many others. In its more than 30 year history, the UTEP team has won hundreds of speech awards nationwide.

“The first thing that we really start with is figuring out an event and a topic,” said Carlos Tarin, associate director of the Speech and Debate program in the Department of Communication.

“From there it’s a matter of finding literature, doing research, outlining the speech, writing the speech, and then working to really craft it so that the message is as impactful as possible.”

According to Tarin and other borderland speech professors, Hispanic culture and literature is poorly represented within the competitive speech realm.

“I think Latino students are generally underrepresented in competitive forensics,” Tarin said. The sentiment is also echoed by students on the speech and debate team…