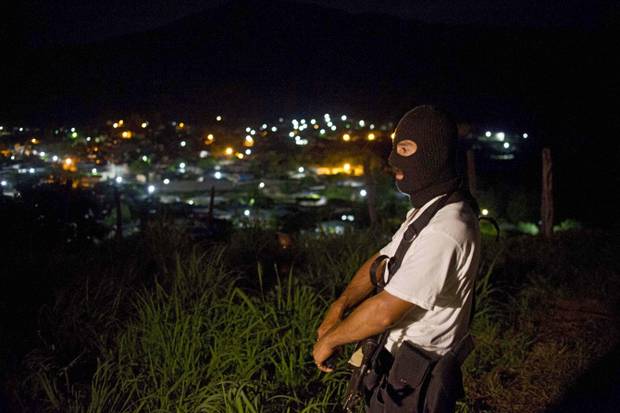 BROWNSVILLE, RGV – Congressman Filemon Vela has told Vice President Joe Biden in a letter that violent criminal activity in Tamaulipas has “ripped apart” the South Texas border region’s way of life and has weakened its economy.

In a desperate plea for help, Vela urged Biden to focus on strengthening the rule of law in Tamaulipas when he and President Obama meet with Mexican President Enrique Peña Nieto in Washington, D.C., later this week.

“Trade and commerce fuel our cross-border economy, but rising violence and crime in Mexican states that border the U.S., like Tamaulipas, threaten both nations,” Vela said, in a statement accompanying his letter to Biden.

“We must work with Mexico to reduce trafficking and criminal activity, to see that the rule of law is fully integrated into their society, and to promote socioeconomic initiatives which will improve the quality of life for all Mexicans.”

According to the State Department, part of the Obama-Peña Nieto meeting is slated to cover “strategic economic and commercial priorities central to promoting mutual economic growth, job creation, and global competitiveness” between the United States and Mexico. The two presidents have agreed to conduct “High Level Economic Dialogue” at least once a year in order to “promote competitiveness and connectivity, foster economic growth, productivity and innovation, and partner on regional and global leadership.” Biden is expected to lead this aspect of the talks, which is why Vela wrote to him and not Obama.

Many analysts believe the visit will be overshadowed by Peña Nieto’s problems at home. His popularity has plummeted following the disappearance of 43 students in Iguala. Polls show Mexicans believe corruption in government and law enforcement agencies has increased not decreased under Peña Nieto’s watch.

In an exclusive interview with the Rio Grande Guardian last November, Vela said he would be making insecurity in Mexico a top agenda issue in the next Congress. True to his word, Vela on Monday wrote to Biden about what he believes is a much worsened situation in the state of Tamaulipas.

In the letter, Vela acknowledges that Peña Nieto has had some success in some areas. However, he says that has not happened in Tamaulipas. He said the state has seen a “rapid escalation in violent criminal activity.” He said this has “impacted residents on both sides of the U.S-Mexico border and weakened our border economy.”

Vela said border cities like Matamoros and Reynosa used to be safe for Americans to visit. Now they are the location for extortions, kidnappings, and killings, he writes, in his letter to Biden.

“U.S. border communities in the Rio Grande Valley remain some of the safest cities in the nation. However…