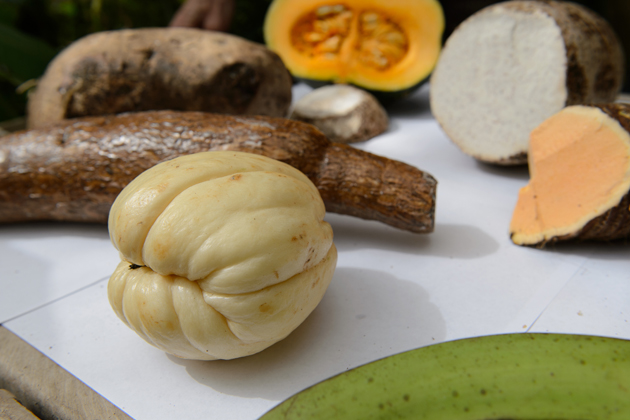 A long-term study by two ethno-botanists demonstrated that people retain culinary customs years after they migrate, and identified key foods that are emblematic of a community’s culinary conservation.

The two-part study by UConn alum David W. Taylor ’94 (CLAS), now an assistant professor of biology at the University of Portland, and his former professor Gregory J. Anderson, now Board of Trustees Distinguished Professor Emeritus of Ecology and Evolutionary Biology, looked at the behavior of people who migrated from Puerto Rico to the United States.

Through a comparison of Puerto Rican food markets in Hartford, Conn., spanning an interval of a decade and a half, as well as a comparison of food markets in Hartford and Puerto Rico, the researchers observed the use of certain foods over time and distance, for which they coined the term ‘culinary cultural conservation.’ They also identified a subgroup of specific foods that were the most widespread, a concept they dubbed ‘cultural keystone food group.’

The research was published in the April 2014 issue of the American Journal of Botany. But their research began nearly two decades earlier, when Taylor was an undergraduate and Anderson was his faculty advisor for an independent project that focused on the cultural significance of foods among the Puerto Rican population in Hartford, Conn.

As part of his research, Taylor recorded oral histories from members of a highly mobile community that moved freely between Hartford, Conn., and their homeland in Puerto Rico. He visited Latino markets in Hartford’s Park Street neighborhood and began tracking the variety of fresh produce – not canned or dried staples – imported from Puerto Rico and the Caribbean and sold in the community’s grocery stores.

Taylor visited the markets at least once a month for 13 consecutive months. For purposes of the study, imported foods were considered to be of cultural importance if they persisted for the duration of the survey and if the absence of a particular food would suggest a weakening of cultural ties with the homeland.

For the second study, a decade and a half later, the two researchers revisited families in Hartford and again studied the produce in the markets and community grocery stores. Taylor also went to Puerto Rico, where he visited local markets and talked with residents of the island.

What they found was…

ethnic food, Puerto Rico, University of Connecticut
Previous Post Lupillo Rivera: A Stranger In His Own Land
Next PostVisiting the Ixil Triangle and Uncovering its History with Community Radios

Lupillo Rivera: A Stranger In His Own Land
Comment
Visiting the Ixil Triangle and Uncovering its History with Community Radios