Latina Lista: News from the Latinx perspective > Local News > West > Underground comedy on the border has its own jalapeño flavor

Underground comedy on the border has its own jalapeño flavor 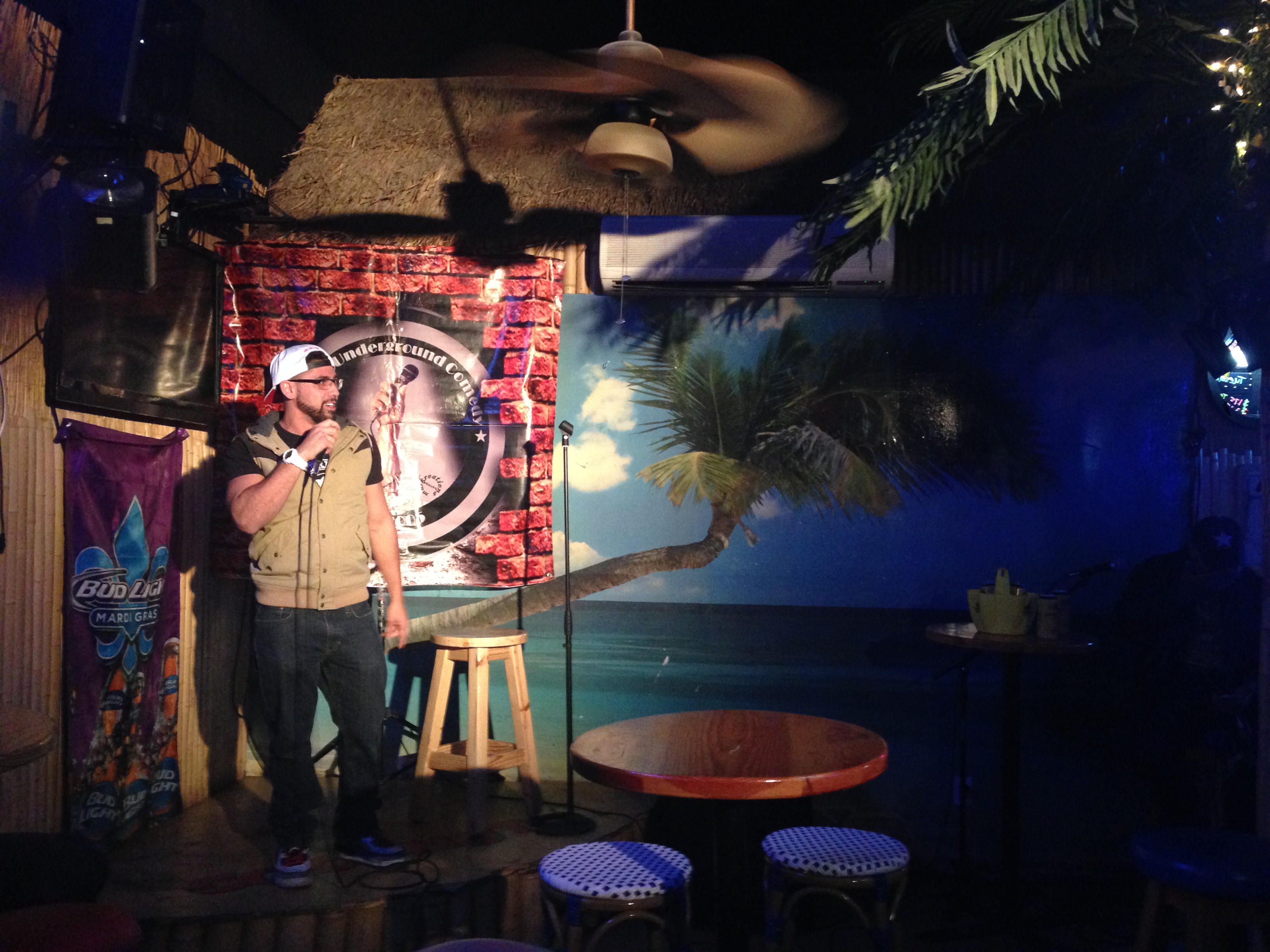 EL PASO – Everyone always enjoys a good laugh and at Coconuts Bar and Grill the staff invites amateur comedians to gather around every Tuesday to perform in the Underground Comedy Show.

Comedians from El Paso differ from comics in other places, because the culture here nourishes a different type of humor, merging American and Mexican culture into an authentic border type of humor.

Jerry Karnes who is known by his stand up name “El Malkreado” founded the show in April 2005 after a road trip to Austin where he visited a bar on 6th street called the Velveeta room. A comedy show was going on and the comedians were so bad, he said, that he started making fun of them. One of them told Karnes to do a better job if he could.

“I grabbed the microphone and I acted like if I was going to give it back to him and I didn’t, instead I went up on stage and made people laugh for a good two minutes,” Karnes said.

Karnes helped make his vision of building what is currently the Underground Comedy Show a reality. The existing local comedy club wasn’t supportive of his idea at all.

“I kept finding bars, and started off at Surges that used to be a Metal bar and I used to perform between musical performances and that is when I started getting noticed,” Karnes said.

Carlos Osuna, a fellow comedian, also in the Underground Comedy Show, says that standup comedy is…