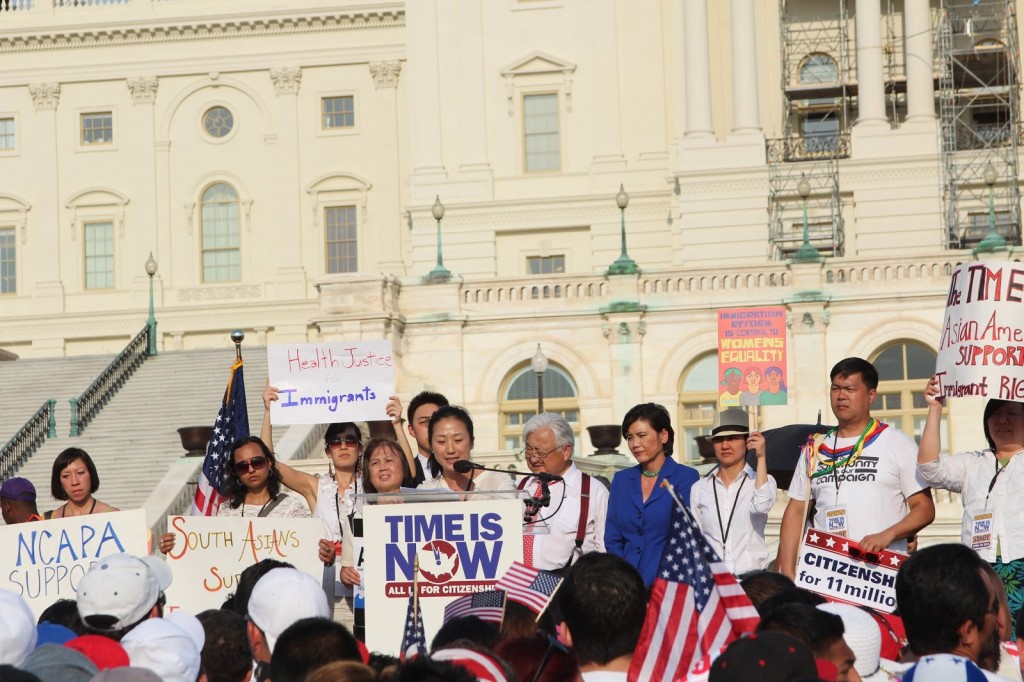 Ten years ago, James, an undocumented student at CSUN, moved with his family to Los Angeles from Tlaxcala, México, but he isn’t Latino, he is Korean American.

James (an undocumented student alias) called Tlaxcala, Mexico, home for three years as he and his family migrated from South Korea so he could learn Spanish. At age 14, he migrated again with his family to Chatsworth for more opportunities for higher education.

Now, at age 24, James, a Korean student at CSUN majoring in Asian-American Studies is the only member of his family classified as undocumented. His family came from Mexico with visitor’s visas 10 years ago. After those visas expired, James parents secured a new kind of visa which granted them all to stay in the U.S. However, since James was no longer a dependent and he is over the age of 21, now he is on his own.

“Our migration stories were tougher than other migrants who have connections,” says James. “Our family struggled a lot because of not knowing the system.”

James is one of the hundreds of thousands of Asian immigrants that emigrate to the U.S every year.

According to The Pew Research Center, approximately 11 percent of the 11.1 million undocumented immigrants in the United States came from Asian countries. Experts agree these immigrants are facing poverty and criminalization.

“They face a lot of the same issues of other undocumented student’s experience — criminalization, because the U.S immigration system is design where you’re deemed a criminal if you’re undocumented,” says Tracy Buenavista, an Asian-American Studies professor at CSUN. “Criminalization, detention, and the threat of deportation, that’s a stressful thing they have to deal with on an everyday basis. Another barrier they face is poverty; there are a lot of states where you can’t legally be hired.”

Video: Latina playwright Tanya Saracho explains why she's not the 'Chicana Chekhov'
1 Comment
Experiencing the Life of the Ancient Puebloans