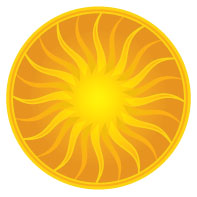 “I’m a story-teller … sometimes I wish I wasn’t so much part of the story, but that is how it is,” said Vargas.

Recognized across the country for his skills as a reporter, the 32-year-old journalist has worked for publications such as, the Washington Post, the San Francisco Chronicle, and The New Yorker. In 2008, he was recognized for his coverage of the Virginia Tech Shootings, receiving the Pulitzer Prize for Breaking News Reporting.

However, it isn’t his reporting skills or his trajectory as a journalist that has drawn Vargas to make his way across the country. It was his 2011 publication, My Life as an Undocumented Immigrant, featured on the front cover of The New York Times Magazine, that has motivated him to share his story with hundreds of individuals.

“I did this to illustrate the complexity of the immigration system here in America. When you talk about immigration it’s not only about the Mexican border … I am the only person in my family that is undocumented. That is the reality of immigration in America,” added Vargas.

Vargas’ view on immigration is not just political – it’s his life. Due to this, the 32-year old journalist has created Define American, a non-profit organization intended to open up dialogue about the criteria people use to determine what, and more importantly, who is an American.

Maribel Serrano, an undocumented CSUN student, shares her story with Vargas and the audience. Karla Henry/EL NUEVO SOL
“I’m fighting – a lot of us are fighting, and we need you to fight with us.” It was these simple words that gave students the courage to share their own experiences.

“I’m undocumented, and I didn’t find out until I was 16 years old when I wanted to get my first job … I realized that there was a whole life of obstacles and problems that I never imagined that I had to deal with,” shared Maribel Serrano, CSUN Journalism student. “I had to prepare, emotionally more than anything.”

“I felt like I was hearing myself speak, in a way, everything he was talking about resonated with me so well. I mean, that’s my story.” she added.

Words that resonated with Cesar Miguel Vega, as well.

“A lot of what he talks about are things which I’ve experienced, I thought I was actually alone. Being able to hear someone with such dignity, such poise, talk about issues I had … it gives me strength,” expressed Vega, who hopes to begin his journey as a college student at CSUN in the fall.

Vargas went into detail on his arrival to the United States at the age of 12, sharing his experience, confusion, and process into assimilation.

“I was very confused … what was most interesting was that I thought, ‘in this black, white, Latino world, where does this chubby, Filipino kid fit in?”

According to the Census Bureau’s American Community Survey (ACS), the number of immigrants, both documented and undocumented, stood at 40 million, or 13 percent of the total US population of 309.3 million, in 2010. Mexican-born immigrants accounted for approximately 29 percent, Chinese accounted for 5 percent, followed by Indian and Filipino, each comprising approximately 4 percent of the immigrant population.

“We think immigration is just a brown issue,” said Vargas. Making up the largest immigrant group in the country, immigration is often linked to the Mexican-born, excluding all other groups.

Discovering he was undocumented at the age of 16, Vargas took on journalism as a way to tell stories. If he didn’t have the papers to prove he belonged in this country, he believed having his name on a publication could.

“I thought I could write my way into America,” expressed Vargas. Being of Filipino descent, Vargas made his way through the country covering stories, never to be questioned of his citizenship.

For the next few years, the Filipino-born journalist worked his way toward success with fraudulent paperwork. It was at the age of 30, when the ID he had been using for eight years expired. Vargas felt as if the life he’d been leading was falling apart…