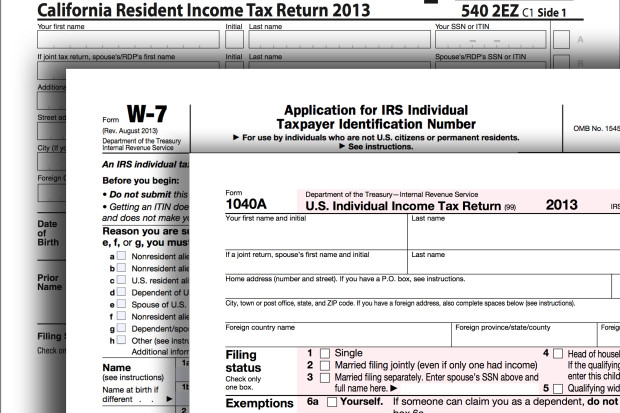 On the Monday before taxes are due almost every seat in the waiting room at the Mission Economic Development Agency’s (MEDA) Free Tax Preparation Program was filled. As workers bustled around carrying big folders and envelopes in their hands, a group of tax preparers debated bringing another person to help.

Already this year MEDA and three other free tax services in the Mission have seen more than 3,100 clients. Last year more than 4,000 people sought out free tax prep in the Mission — roughly a quarter of them were clients using an Independent Tax Identification Number known as an ITIN, a sign that the client is probably undocumented.

“The IRS doesn’t care if you’re here illegally as long as they can collect the money,” said Max Moy-Borgen, MEDA’s Tax Program Lead.“The IRS and ICE don’t talk to each other,” he said, referring to the Immigration, Customs and Enforcement.

The Institute on Taxation and Policy estimated that in 2010 the more than 11 million undocumented immigrants in the United States paid some $10.6 billion in state and local taxes alone…

Video: College entrepreneur has big idea on how to "close loop" in creating bigger landfills
Comment
Mexico: The fight to end kidnapping