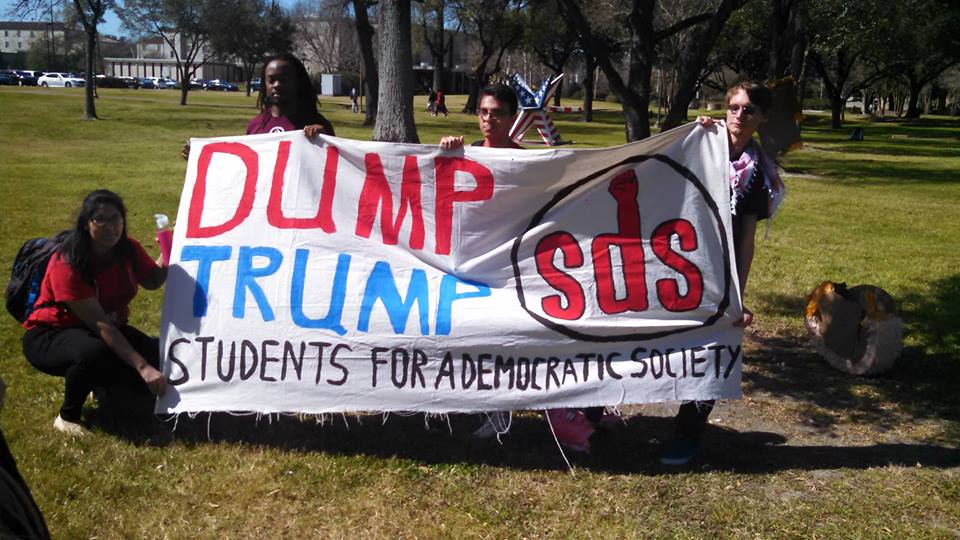 The University of Houston’s decision to host the GOP debate on Feb. 25 has sparked a protest among students and community members calling on the masses to “Dump Trump”.

Students for a Democratic Society have organized a national campaign called “Dump Trump” in opposition to the Republican front­-runner Donald Trump, who has made controversial remarks about Latinos, women, and Muslims throughout his campaign.

The University of Houston’s SDS chapter is now calling for the university to move the debate off campus.

“We don’t believe that the school should have allowed the Republicans candidates to come and debate at the school, especially with racists and sexist views the candidates, especially Trump, hold,” said Alex Hayes, the chairman of the Houston chapter of Students for a Democratic Society (SDS). “[Trump] has said openly racist and misogynistic things, and we don’t want our school to be represented by people like that.”

“We believe that this opens the forum and a conversation for people to express many views,” Hunter said.

The University of Houston submitted a proposal to the Democratic National Committee to host a debate, but never received a response to the invitation, Hunter said.

The debate will be the last square-off between the Republican candidates before the Super Tuesday primary, when 12 states will be holding elections. Entry to the event is limited to the media and to people with tickets.

The protest is set to be held near the Moores Opera House at the University of Houston on the day of the debate. For more information, click here.