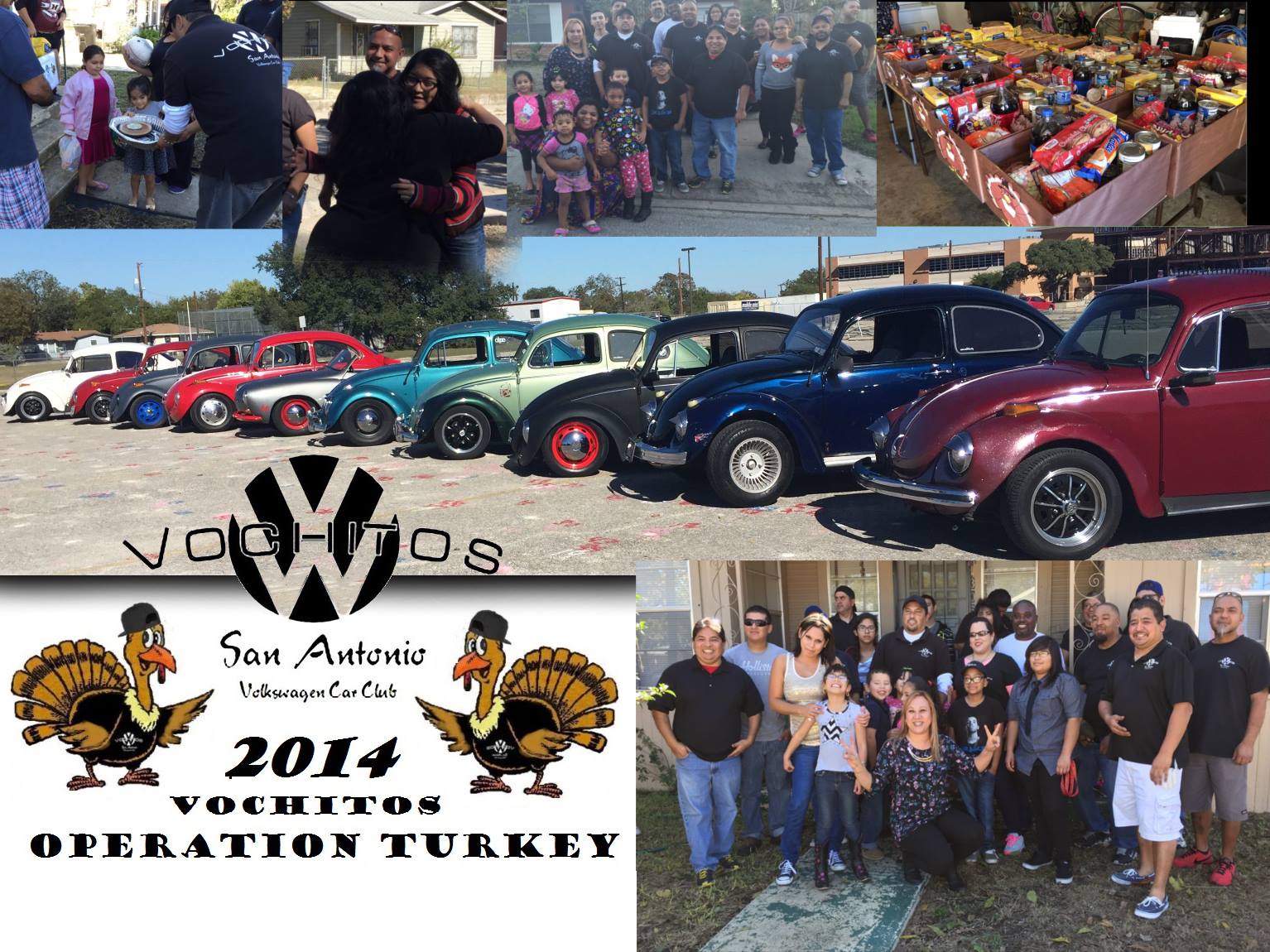 What was supposed to be a small act of kindness ended up growing into a legacy for a group of Volkswagen enthusiasts.

Vochitos, a family oriented car club hosts Operation Tur­key, where the entire club donates an entire thanksgiving dinner — ham, turkey, the entire shebang — to those who would have gone without. They make it a fun presentation, each of them taking their Volkswagen Beetles in a parade of Bugs.

“We initially began Operation Turkey because we wanted to help,” Gabriel Botelo, presi­dent of Vochitos said. “We’ve all been in that situation where we’ve been down, and we [Vo­chito members] are in a good spot in life where we can help out others. Going out there and helping people makes the club more fun.”

Going on its second year, Op­eration Turkey holds a special place in every member’s heart because of one loving gesture.

“Last year, this tiny five-year-old came running out to us as we delivered the turkey,” Botelo reminisces. “Her name was Rita, and she had an oxygen tank on, yet she ran to us and gave us all a hug. She said that if it wasn’t for us, she wouldn’t have had turkey this year. You know, it was enough to make some of the big grown men in the club cry. It was that emotional.”

Rita passed away a couple months later, and each member of Vochitos attended her funeral. They started a fundraiser, and were able to help the family with some of the funeral expenses.

To this day, many members say they want to continue hosting Operation Turkey in Rita’s memory.

Last year, Vochitos gave to 10 families. This year, they expanded it to 13. They hope to keep increasing the numbers as the years go by.

“Sometimes, just letting people know that they are appreci­ated can go a really long way,” Botello said. “A small gesture can cause a chain of wonderful things.”

donations, poverty, Thanksgiving dinners
Previous Post Guest Voz: Racial profiling of young men of color is a Civil Rights issue that needs to be fixed
Next PostAnother kind of "smart pad" strives to keep women healthy and in-the-know about their bodies

Guest Voz: Racial profiling of young men of color is a Civil Rights issue that needs to be fixed
Comment
Another kind of "smart pad" strives to keep women healthy and in-the-know about their bodies