With many uninsured, Oklahoma pushes program for working poor 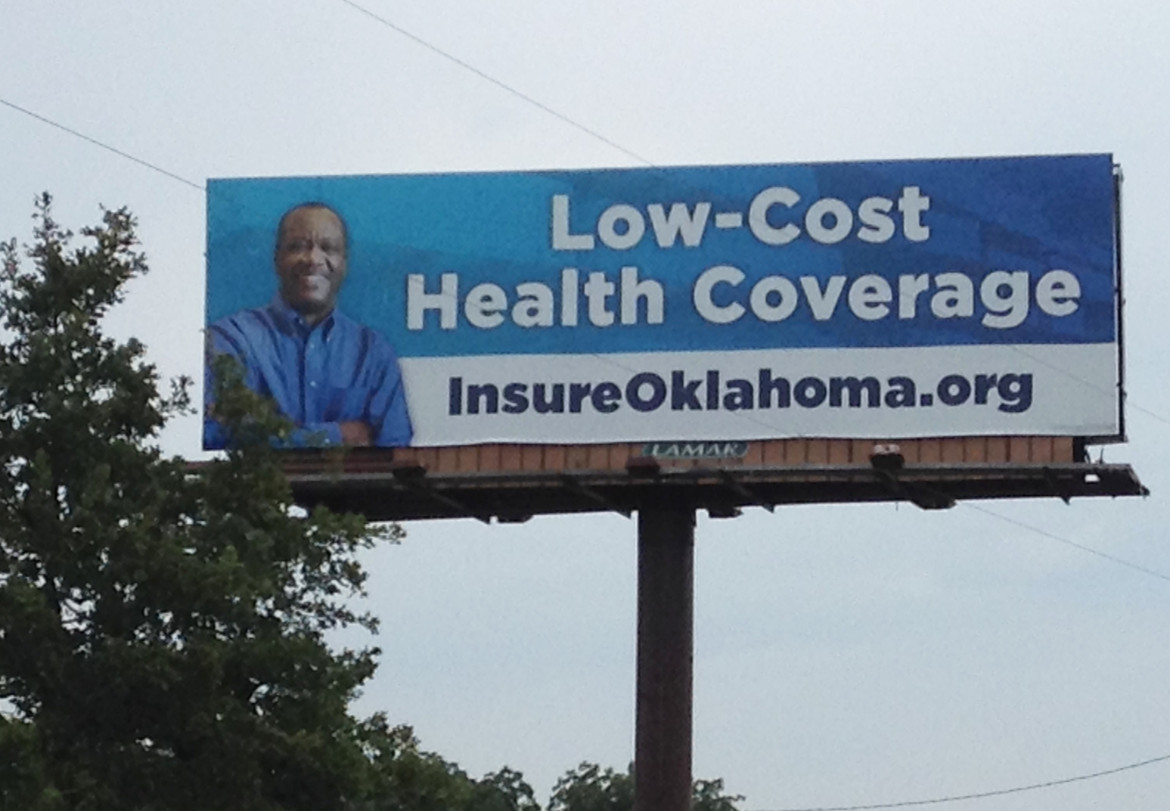 The social media blitz started in late July. The radio and TV spots showed up in mid-August, along with six billboards placed along key interstate highways. A sleeker website will be unveiled soon.

The message: Insure Oklahoma is still open for business, and ready to grow.

In a state that refused to accept federal money to expand Medicaid, some officials say Insure Oklahoma is the best available option to cover more of the uninsured.

The marketing campaign was launched to reverse a decline that began about the same time as congressional debate and enactment of the Affordable Care Act in 2010.

“That was a game-changer,” said Nico Gomez, CEO of the Oklahoma Health Care Authority.

Businesses became wary of staying in or signing up for a state program that kept being extended a year at a time, while state and federal officials were in a political standoff over health care policy, he said. Even today, Insure Oklahoma is operating under an extension that will expire at the end of next year.

“They (businesses) did not want to get involved in a program and provide a benefit to their employees that they would then have to take away,” Gomez said.

About 7,000 people dropped off the rolls on Jan. 1, 2014, when the state lowered the income limit for individuals who can receive subsidized coverage through Insure Oklahoma. But that accounted for less than half of the total shrinkage, data shows.

The Health Care Authority, which administers the program, essentially shut down its marketing and recruitment efforts when the Affordable Care Act was passed in 2010. Gomez said he decided to crank it back up this year because he’s convinced…